Title: Not Just Another Scenario 2

Some of the fun of in reading Not Just Another Scenario 2 is recalling what you know of Chumash and Navi, or learning bits of those texts for the first time. Today’s headlines, and the outcomes of individual choices, were predicted by those resources long ago. Mainstream media are playing re-runs of that as the Arab world plays its part in world destiny.

While the 21st century’s increasingly Muslim-influenced populations limit human rights and behavior in the EU, North and South America, Asia and elsewhere, Not Just Another Scenario 2 portrays the unfolding dramas without MSM’s commercial breaks. The message from our universal Sponsor, however, comes through loud and clear.

The point of Scenario 2 is this: Jews around the world are living the “Cook the Frog Slowly” fable, living among increasingly hostile populations eager to end their lives. The same scenario happened in pre- and post-Babylonian exile, pre- and post-auto-da-fe Spain, and then in pre- and post-Holocaust Germany and Poland. Futile denials of reality from Jewish mouths died with those decimated Jewish populations. But there’s a small window of time to make a happier ending with today’s chapter of Jewish history.

Surprises for readers abound in Scenario 2, Chapter 14’s “In the Blink of an Eye” among them. The story’s hero wonders why he is in the midst of rapid-fire developments when a newscast numbs his mind and heart. Like many of us in this confusing world, he wonders, “What does Hashem want of me?” right through Chapter 16’s “Of Miracle Workers.” Hold that thought, because the answer to his everyman question appears in Chapter 17.

Chapter 17’s “Wondrous in Our Eyes” will surely appeal to readers naming the role models (UN and White House members included) for Scenario 2 characters cooperating with Hashem’s plans for the geula. The part that the story’s hero plays throughout the book is not a surprise to be ruined in this review. Suffice it to say that anyone who ever sacrificed his or her own personal interests for kedusha will probably root for and identify with him.

A heads-up for mainstream and other media executives in Chapter 18’s “Battle Lines are Drawn”and Chapter 26’s“It just Gets Better and Better” is an inside joke religious Jews can appreciate. Journalism bosses would do well to read Zechariah 14:1-3 to better plan their two future broadcasts of broadcasts (film at eleven). Reporters and Scenario 2 readers can also ponder page 220’s eternal moral lesson: “Maybe we mistook Divine Patience for Divine Absence ” with Chapter 25’s observation that “History has run its course ” The end of the novel outdoes any solar eclipse in history, closing the covers of soon-to-be irrelevant history and science books worldwide. Students of all ages can celebrate with teachers clever enough to add Not Just Another Scenario 2 to the curriculum.

Author Pinchas Winston’s North American speaking tour is planned for May 12-30. He can be reached at thirtysixorg@mac.com.

Yocheved Golani is the author of E-book “It’s MY Crisis! And I’ll Cry If I Need To: EMPOWER Yourself to Cope with a Medical Challenge” (www.booklocker.com/books/4244.html). 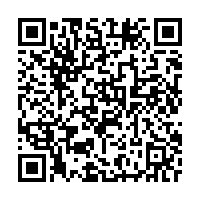