Cemetery Restoration:
The Jewish Press At The Forefront

With the contributions of Torah Editor (and rav of Khal Bnei Matisyahu) Rabbi Yaakov Klass and the editorial leadership of Senior Editor Jason Maoz, The Jewish Press and this column have been privileged to assist in the resolution of cemetery preservation efforts abroad.

We are particularly proud to have been of assistance in the cemetery preservation and restoration impasse deliberations in Romania and Spain that were favorably moved ahead and successfully resolved. The following press release from the Admas Kodesh organization reflects the positive results of the many efforts invested:

At the initiative of Admas Kodesh, the Standing Committee of the Council of Europe has unanimously adopted a landmark resolution on the protection of Jewish cemeteries at its meeting in Tirana, Albania, on May 25, 2012.

This milestone has been reached after a seven-year campaign of intense lobbying at this major European body based in Strasbourg, representing 47 European member states and composed of 636 parliamentarians.

Brooklyn-based Admas Kodeshis the American arm of the Committee for the Preservation of Jewish Cemeteries in Europe, also known as C.P.J.C.E., has extensive legal and political experience in the fields of human rights, freedom of religion, protection and preservation of cultural heritage, and education. This leadership has been recognized in the Council’s resolution.

The initiative for this important resolution, which will hopefully have a major effect on the protection of hundreds of thousands of Jewish graves in Europe, came from Rabbi Abraham Ginsburg, secretary general of the Committee for the Preservation of Jewish Cemeteries in Europe. Having actively been involved in campaigns to protect Jewish cemeteries and mass graves in a number of Eastern and Western European towns, Rabbi Abraham Ginsburg realized that recognition of the importance of protecting Jewish cemeteries must be addressed within a European political and legal framework.

With the active support of the revered Rosh Yeshiva and President of the C.P.J.C.E., Rabbi Elyakim Schlesinger, and Rabbi Simcha Bunim Ehrenfeld, Mattersdorfer Rov and leading member of the American Moetzes Gedolei Hatorah, and Rabbi Yitzchok Zekel Pollak, Dayan of Machsike Hadass Kehila of Antwerp, together with Rabbi Chaim David Zweibel and David Moskowitz of New York, Mr. Nathan Rothschild of Zurich, and Professor Zvi Loonstein of Amsterdam, the long slow bureaucratic processes of Council of Europe were gradually set into motion, leading to this significant outcome.

Raising awareness of the particular Jewish sanctity of all Jewish burial sites including Jewish mass graves made a tremendous Kiddush Hashem throughout the Council’s different committees involved.

Admas Kodesh praises the open-mindedness of Council delegates who were presented for the first time with a comprehensive explanation of the Jewish laws pertaining to burial sites. They truly marveled at the beauty of the halacha.

The necessity of consulting with world-recognized Rabbonim on questions relating to Jewish burial sites at risk was emphasized, and C.P.J.C.E. compiled a special treatise on “The Sacred Obligation of Burial and Life After Death in Jewish Belief,” containing explanatory notes on this subject written by Rabbi Schlesinger, revered Rosh Yeshiva Horomo in London, and head of the CPJCE’s Rabbinical Board. The role and dedication of the Committee for the Preservation of Jewish Cemeteries in Europe has been highlighted in the resolution and its leadership in this field has been recognized.

The massive legal research involved in this campaign was conducted by Professor Christians, expert in religious freedom at Louvain-La-Neuve University, who also compiled, at the request of Admas Kodesh, a major study on “Protection and Preservation of Jewish cemeteries and Mass graves in European and national law.”

The resolution, based on these major essays, declares: “The Assembly asserts that right of freedom of religion guaranteed by Article 8 of the European Convention on Human Rights upholds the right of the deceased to rest in peace in accordance with their religious belief and the responsibility to protect human dignity in a broader sense, by ensuring that deceased persons are preserved in their place of burial in a manner compatible with their religious practice.”

The explanatory memorandum of the resolution has been built on a detailed report written by C.P.J.C.E. experts. It contains a description of Jewish burial sites, the threats they face, consequences of desecration, case studies, examples of difficult cases and good practices for protection of Jewish burial places. 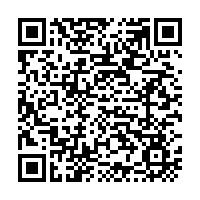