Before I proceed with the topic of this article, I should clarify that I oppose many contemporary and popular versions of “Wall Worship” associated with the Kotel (Western Wall). For one, I consider the practice of inserting kvitlach (letters to G-d) into the ancient stones to be a distorted one, which has no place in proper Jewish thought. This isn’t my personal position but one shared by many genuine Torah scholars. On a more basic level, I am also concerned with the unbridled religious fervor many people have for the actual physical structure, which people sometimes deem as something fit to venerate and worship.

In many ways, I view the wall in the same manner as I do the graves of the righteous. It has its place in Jewish context, but usually not in the popular way that it is manifested. On the contrary, those who visit graves as “holy sites” are often the last people who should be visiting them. And oftentimes those with connect notions are reticent to engage in such activities, because they are aware of the many halachic and hashkafic problems relating to such visits. Certainly, at the very least, one who visits graves or the wall should be careful that their thoughts and actions accord with proper Torah notions. Proper deyot (thoughts) make for a proper visit. False notions ensure a less than ideal experience.


The Kotel is a sign of the enduring churban. A place which reminds us and in certain cases mandates the tearing of kriyah as a sign of mourning. Yet our energies should be focused on the Arab Waqf’s control of Har Habayit (the Temple Mount), which is our holiest site. This should be the true battle, not Herod’s lone retaining wall which remains firmly in our hand. The presence of The Dome of the Rock and the Al Aqsa Mosque are an intolerable chillul Hashem and the greatest example of the destruction of the Temple, and of the current degradation of self-imposed dhimmitude to appease the Jew hating world.

Yet the Western Wall is indeed important, historically, symbolically, and religiously. The custom of praying and crying out to G-d at the Wall is well entrenched, and in that sense, it has become the world’s most prominent synagogue. For those who won’t halachically ascend, for one reason or another, it is the closest location the average Jew will approach to the site of the Temple. As such, basic standards of Halachah should be enforced, and the site should certainly be regulated by religious figures. (I will not get into a discussion of political religious forces which unfortunately exist and typify the dilemma of the invariable clash when religion becomes politicized.) And those who would seek to publicly trample upon Jewish mores should be stopped. The “Woman of the Wall” are one such feminist group.

I oppose feminism and the proponents of this subversive ideology, be it the standard secular version, or the supposed Jewish version which even draws religious women to their ranks. “Women’s rights” is the purported desire, but in truth, it is an ideology opposed to the most basic constructs of a Torah life. The basic premise is that men have imposed a patriarchal chauvinistic template of societies throughout history, a system which supposedly oppresses and limits women’s expression.

Invariably, women who abide by this ideology have radical beliefs when it comes to what they call freedom of choice, namely that abortion is the right of a woman. We Jews are not Catholics and the Torah recognizes degrees of viability of life, and so in Judaism the mother’s physical welfare always comes first. Regardless of whether the Torah views the life of the fetus in precisely the same manner as the life of the mother, the Torah mandates strict regulation to ensure that the baby isn’t harmed. In fact, deliberate abortion is a capital punishment for the Noachide. So, one of the most important issues of feminism has no place whatsoever in a Torah Jew’s ideology. Nor can many of their notions be reconciled with Torah, despite the pathetic attempts of “religious feminists” to use strained distorted pilpulistic tactics (despite it being an invention of “patriarchal Rabbis”!) to further their agenda.

Each month, we are forced to endure orchestrated l’hachis (deliberate) stunts from the angry shrill feminists of the “Women of the Wall” who seek to alter traditional religious customs of prayer and decorum at the Kotel. The more recent controversies with these troublesome malcontents involves the prohibited smuggling of Torah scrolls into their designated prayer section. They have no interest in concessions or designated spots which they choose to ignore. They want to cause provocation in the main plaza. These women refer to themselves in Hebrew as “Nashot Hakotel” and the reason given shows that they are a definite byproduct of Western feminism with a Jewish face. Consider their explanation for the linguistically incorrect term “nashot”:

In Hebrew, the word for women is nashim. Since – ‘im‘ is generally a masculine plural ending and –’ot’ is generally the feminine plural ending, nashim is an exception to the linguistic rule. We chose to use neshot, similar to the way second-wave American feminists have chosen to use womyn for woman and wimmin for women. It is a pro-female assertion that seeks to remove the linguistic dependency of the word woman or women on the word man or men, since unfortunately these female words have largely and historically been characterized as a derivative of the male, a statement with social implications.

Their agenda is naked. Theirs is a carbon copy of the American version of this malady. Which gets to the crux of the issue, many of the leadership are radical American Jewish women and men and they are importing their distorted philosophy to Israel. While some were born in Israel and many have been olim for many years, their ideology is a Western movement which doesn’t even resonate with most secular Israelis. But in time, if left unchecked, their impact will only grow, and yet another anti-Torah voice will be given a chair at the table of Jewish thought. It won’t be long before a renegade “open orthodox” Rabbi will publicly join their movement and give it a troublesome stamp of something that can accord with Halachah.

Why trample upon Halachah if only to agitate? Is the wall so critical for those who would have deemed the halachic system of male Kohanim and male Leviim to be misogynistic? Were there any women in Sanhedrin? Those who would have a problem with the historical background of what they would deem “male chauvinism” should have no say in matters relating to an ancient religious Jewish site, or the mores of religious practice pertaining to the location.

The fact that they are provocative and loud and insistent that men “hear” them speaks volumes. The fact that many of them oppose the alternate site, a quieter, less “touristy” location shows clearly that they aren’t interested in accommodating all sensibilities. They are fueled by anger and they want to evoke a reaction, and they have. Some reactions are coarse and aggressive. But it is hard for me to sympathize with these vindictive types. When I saw footage of a religious woman putting one of these obnoxious Women of the Wall in a headlock, I couldn’t help rooting for the judo tactician. Deliberate vindictive types are a chillul Hashem, and one woman clearly had enough.

And yet these “live and let live types” are the most intolerant of all. Reverence for the Kotel means nothing. If anything, they hope to evoke a violent response, since it will invariably weigh in their favor, if the response is vicious enough. That will delegitimize all mainstream religious efforts to oppose them, and will probably lead to some unprecedented ruling in their favor.

Many similar issues relating to women’s partnership minyanim were introduced to several prominent poskim in the 1970’s and 80’s. The general consensus was that even on issues that were deemed theoretically OK, such actions were prohibited because they would surely be motivated by un-Jewish values. There may very well be righteous women in the world who require tefillin (phylacteries) to fulfill themselves religiously, having actualized themselves in all other religious realms. Such woman may have even been granted permission from respectable mainstream gedolim (Torah sages) to engage in this worship. But such women would be unknown to us, because their intrinsic modesty would never allow it to become a public issue. They would be as far from feminism as heaven is from hell.

Fortunately, the most recent visible counter-response to the WOW were from religious women, thus saving us from the vile editorials from Ha’aretz, demonizing religious men. If the “Women of the Wall” continue their provocations next month and the authorities don’t clamp down on them, there will be more whistles, headlocks, and who knows what else. Because their l’hachis malicious nature is finally getting to people who are fed up with their chutzpah. If they persist in their brazen disregard for tradition, they should be locked up and fined. V’zehu.

The orchestrated spectacles of the notorious “Women of the Wall” has little to do with “religious rights” or equality. It is the “Jewish” version of militant feminism run amuck. These WOW malcontents are angry, bitter, people who derive pleasure from offending traditional Torah sensibilities. Militant feminism masquerading as a cause for equality. They hate men. They hate religious Jews. They hate “the rabbis” and they want you to know it. That is their cause. 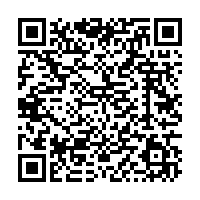