In this week’s edition of Latma, Israel’s only right-wing, news-satire show, the anchors hinted that this edition of Latma may be the last show they produce. Latma has been in danger of closing since the beginning of the summer, as it hasn’t been able to raise sufficient funds to continue production.

Latma is the brainchild of Caroline Glick, who has run around the world raising money for the past few years to support the popular pro-Zionist news show. Latma’s mission is to counter the numerous post-Zionist shows on Israeli TV, as well as the mainstream Israel news media, which leans strongly to the left.

If Latma is allowed to close, it will be a distinct failure of the Jewish Right to put their money where their mouth is.

While the Israeli Left have seemingly unlimited funds from Soros, the New Israel Fund, the EU and others, the Jewish Right seem to be living in a barren wasteland when it comes to investing in pro-Zionist activities to counter the NGOs and media on the Left.

Will someone wake up in time? 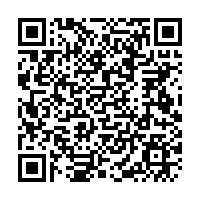