Defense Minister Naftali Bennett (New Right) on Wednesday announced on his Facebook page: “I’m excited to announce to you that this morning I approved, for the first time since the Oslo Accords, seven new nature reserves in Judea and Samaria! Done.”

“For the past 25 (!) Years, all of Israel’s governments have been afraid to do it, being concerned about “upsetting” the Palestinian Authority.”

“These are beautiful gems in the Land of Israel,” Bennett commented, noting that “this means that the new preserves will be properly kept under the responsibility of the Nature and Parks Authority, open to the public and well maintained.”

“Judea and Samaria and the Jordan Valley are part of the Land of Israel,” the rightwing leader declared,” The mountains here are beautiful, the streams powerful, the desert mesmerizing.”

And just because he is in the midst of a fight for the future of Israel’s Zionist rightwing, Bennett concluded: “As usual, we have come to carry out the strengthening of our Land of Israel! Not talk. Deeds.”

Now go get yourself elected, you ambitious so and so, you’ve got my vote. 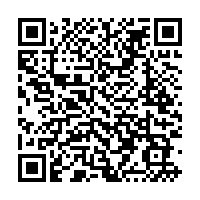