Two Haredi men ride a camel on the Mount of Olives.

The Knesset committee tasked with crafting an alternative to the Tal Law for haredi service in Israel is reportedly almost done drafting its proposal.


According to the plan, Haredi men would perform two years of national or military service (in contrast to the three years mandated for male soldiers in the IDF), and the state would offer Haredim a variety of recruitment options to choose from, like additional “Nahal Haredi” units and special tracks within the Police force and the Prison Services. 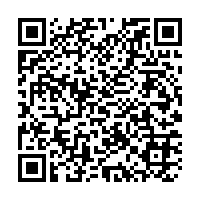