11% of Israel’s teens have admitted to using drugs, the Ministry of Education revealed on Tuesday at the Knesset Addictions and Drugs Committee.

In the years 2015-2020, the number of youth using drugs who were transferred to the probation service for treatment has doubled, the data showed.


The Committee held a session on the serious damage caused to youth from cannabis use, such as emotional and cognitive impairments, and the increase in drug use in general following the Coronavirus crisis.

Committee Chairman Member of Knesset (MK) Ram Shefa blamed the lack of educational frameworks, which he said leads to a deterioration of the youth, including an increase in addictions.

“Our task is to regulate the cannabis market towards the youth, separately from the rest of the population,” he said.

According to MK Michal Waldiger, who initiated the special session, two ministry committees have determined that cannabis use under the age of 25 can lead to addiction, anxiety, depression, suicide, and impaired personal development. 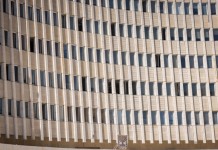 Where Am I: Makes You Think