Miami Jewish community members have posted a $50,000 reward for information leading to the arrest of two black male suspects who murdered a visiting New York rabbi after an apparent botched robbery as he walked to synagogue on the Sabbath.

The Jewish Day of rest turned into a day of mourning for the Jewish community of Miami and family of 60-year-old Rabbi Joseph Raskin of Brooklyn, New York.


One man who rushed to his aid after he was shot said that the rabbi told him he was accosted by two men. There are conflicting on whether there was an altercation between the rabbi and the suspects, one of whom shot the rabbi to death. Rabbi Raskin died after being evacuated by helicopter to a nearby hospital.

Orthodox Jews do not carry money with them on Shabbat, but this may not have been known to the two men. Despite statements by police officials that the murder was not fueled by anti-Semitism, many local Jews are skeptical, especially since a nearby synagogue was recently vandalized.

Local Rabbi Moshe Druin told the Miami Herald that many Jews in the community don’t believe anti-Semitism was not behind the crime. Noting that Orthodox Jews do not carry money on the Sabbath, he said, “There hasn’t been a robbery on Sabbath for the past 35 years.”

At this time there is no indication of this being a hate crime,” said Miami-Dade police spokeswoman Elena Hernandez. The Florida branch of the Anti-Defamation League (ADL) stated that the murder followed what “appears to be a robbery that went badly and that “currently no evidence has been brought to light that it was motivated by anti-Semitism.”

Rabbi Raskin was visiting his granddaughter and other relatives, and was killed while walking to the Bais Menachem synagogue around 9 a.m. Saturday. 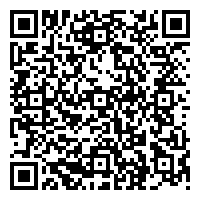