There is no real way to explain this one. Somehow, Beirut has become safer than Tel Aviv.

Israeli filmmaker Oren Rosenfeld is making a movie called “Hummus” and of course, he wanted to stage a monster world event to roll out his new film.


What better way to do that than the challenge the current Guinness World Record?

The eternal battle for the best hummus in the world has raged on between Beirut and Abu Ghosh for as long as anyone can remember. There isn’t an Israeli in the universe who wouldn’t stand by the hummus in Abu Ghosh – even those of us who cannot eat it due to kashrut concerns – when it come to the Guinness World Record challenge.

And so it is with Rosenfeld, who organized a budget, a date, and all that goes along with.

“As part of the film’s PR I wanted to break the Guinness record, to create a plate with 15 tons of hummus and have all the characters from the film participate in the event,” Rosenfeld told the Ynet website.

But when he called the Guinness World Record office and asked for a judge, he was told it’s too dangerous to send a judge to Israel. This, despite being given options for the venue such as Yarkon Park in Tel Aviv, and Sacher Park in Jerusalem.

Not even Abu Gosh!

Israel held the world record for the largest plate of hummus until 300 Lebanese cooks wrested it away in 2010 with a batch weighing approximately 11.5 tons.

The current record is held by Lebanon, a Guinness World Records adjudicator confirmed.

Apparently it’s not too dangerous to send a judge to Beirut. 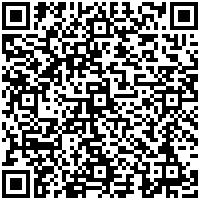