A high school student at the Oholei Torah Mesivta yeshiva was one of a group of boys who were attacked Monday night by three black teens who jumped the group outside their school in the Crown Heights neighborhood of Brooklyn.

One of the boys, however, was “sucker punched” by the gang during the attack, which took place at around 9:40 pm on Troy Avenue, between Empire Boulevard and Montgomery Street. The attackers then fled down Montgomery Street.


The victims called the Crown Heights Shomrim civil defense patrol, who caught one of the attackers almost immediately. The other two were caught shortly thereafter, Shomrim said.

Our Vol responded to multiple calls for an assault on Troy avenue. Thanks to a quick response and great #collaboration with @NYPD71Pct we were able to locate the group of teens of which one was placed under arrest #ItsWhatWeDo #EyesAndEars #TeamWork pic.twitter.com/riRew1qUr3

The injured boy was taken to the police station, where he filed a complaint and was treated on site by medical personnel from the Hatzolah emergency medical response team.

A Winged Menorah & A Ketubah From Afar 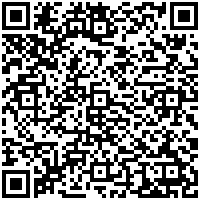