Dozens of Coptic Christian worshipers were killed on Sunday in a deadly fire at an Egyptian church in Giza’s Imbaba neighborhood.

Children were among the 41 dead and 45 others who were injured in the conflagration, which took place just a few miles away from Cairo, Reuters reported.

Sources quoted by Reuters said an electrical fire broke out as 5,000 worshipers gathered to pray at the Coptic Abu Sefein church.

The fire blocked the entrance to the church, resulting in a stampede to escape the flames, the sources said, with children trapped and trampled as they tried to leave the nearby nursery classroom.

In a subsequent post on Facebook, el Sisi wrote that he was “closely following the developments of the tragic accident,” adding that he had directed “all concerned state agencies and institutions” to take “all necessary measures and immediately deal with this accident and its effects.” 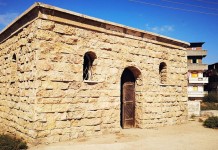 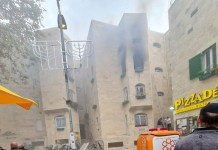