On the 19th of every Jewish month, it has been Moshe Feiglin’s custom to go up to the Temple Mount. Since four months ago, he has been blocked from going there by a decree of Prime Minister Netanyahu, citing a threat to the law and order — meaning that the local Arabs would resort to violence in response.

The Jewish Press: Your fans at The Jewish Press, who read you every week, are wondering why you’re allowing the government to prevent you from entering the Temple Mount, despite your Knesset Member’s immunity.

MK Moshe Feiglin: “This is the explicit instruction from the prime minister. On the two occasions when I did come to the mountain, with the agreement of the authorities, I was stopped – al achat kama v’kama (a fortiori) when I’m told in advance, this is a direct instruction from the prime minister not to let me in. Since today I am a member of the Knesset, I have no intention to attempt to use the force of my muscles, but instead to use my political means.”

The Jewish Press: Except that when it comes to political means – they’ve cut off your political means. If I’m not mistaken, you’re no longer member in any Knesset committees.

MK Moshe Feiglin: “That’s not true. I’m member in five committees, I submit bills, and, of course, I take part in voting in the Knesset—and I do not adhere to the coalition discipline, and, trust me, it hurts them a great deal. It’s a big problem for them. I don’t make a complete break, intentionally. I don’t try to bring down the government. My position is a bit complex, I’m inside and outside. I vote against the coalition on laws that I sincerely disagree with, and I can explain why. At this point I vote according to my understanding on every single bill. But on votes of no-confidence I’m either away from the plenum, to defend the government, or I vote according to my best understanding, depending on the language of the bill.

“For instance, when there were, recently, 40 signatures to compel the prime minister to come before the Knesset, and his speech was followed by a vote, I voted with the opposition against the prime minister. It was extremely inconvenient for them.”

MK Feiglin has several bills in the works, all of them private, including a bill to establish a single chief rabbi in Israel (the AG has inadvertantly carried out his idea, establishing Rabbi Amar as the only chief rabbi until the coming election of new rabbis—following Rabbi Metzger’s self-suspension).

He also submitted a bill to make medical cannabis more available to patients who suffer pain. And he heads the lobby for making the IDF a professional, volunteer army.

He also says he cooperates with MKs from across the House, including Arab MKs and members of the left wing Meretz party.

On Thursday morning, MK Feiglin will be meeting the group that’s planning to go up to the Temple Mount at the Temple Menorah Plaza, in the Jewish Quarter. They’ll have a morning prayer service, after which he will walk them to the Mugrabim Gate, and see them off as they walk up the bridge to the Temple Mount.

The Jewish Press: What about the future? What will happen come the 19th of Av?

MK Moshe Feiglin: Reality, as I understand it now, is that the current prime minister is unable to “climb down the tree”—I assume he is subject to all kinds of American pressures, and is part of processes that we are not aware of, because of which he is unable to climb down the tree. I certainly have no intention to retract what I’ve said, about what the prohibition against the entry of a Knesset member to the Temple Mount means in terms of our sovereignty on Jerusalem—when the Muslim Waqf determines when an MK will go up to the mountain and when he won’t, and the prime minister of Israel accepts this, and, in effect, becomes the messenger of the Waqf, this means that Israel actually does not rule in Jerusalem and the Temple Mount.

“This leads to the complete halt on construction in Jerusalem, to the rock throwing we’ve seen recently, and that also includes the giving away of the Negev to the Arabs.” 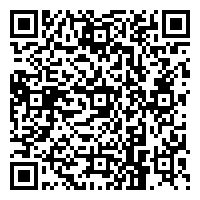