See a response to the comments in this article here: Hordes of Nazis Visiting the Jewish Press, Get Out the Good Kristall.

The International Alliance for Holocaust remembrance (IHRA), comprised of 31 member states, the UN and UNESCO have accepted a universal definition of holocaust denial. (Editor: You can see real, live examples of holocaust denial and antisemitism in the comments below).

According to Gideon Bachar, the head of the Israeli Foreign Ministry department for the fight against antisemitism, who represented Israel in the discussions, the newly accepted definition of a holocaust denier is anyone who doubts the number of Jews killed, who denies the existence of the gas chambers, as well as anyone who claims the Jews have brought on the holocaust intentionally, to serve their own ends, such as the establishment of the State of Israel, and also anyone who includes the 1939-1945 holocaust among other great tragedies in human history.

However, according to Wikipedia, In 2007 the IHRA expanded its thematic mandate to include the genocide of the Roma. This would seem to be in conflict with Bachar’s point about the holocaust remaining a distinctly Jewish event, incomparable with any other case of human suffering.

Bachar told Israel Radio that the new universal definition does not have a legal validity, but it may help in the fight against holocaust denial and antisemitism.

IHRA, which used to be called called the Task Force for International Cooperation on Holocaust Education, Remembrance, and Research (ITF) until January 2013, is an inter-governmental organization established in 1998. The organization’s mandate is founded on the principles laid out by the Declaration of the Stockholm International Forum on the Holocaust.

On January 29, 2000, the Stockholm International Forum on the Holocaust was attended by 23 Heads of State or Prime Ministers, and 14 deputy Prime Ministers or Ministers from 46 governments. Yehuda Bauer headed the academic committee, and Elie Wiesel was the Honorary Chairman of the forum. A joint declaration was unanimously adopted, as follows:

1. The Holocaust (Shoah) fundamentally challenged the foundations of civilization. The unprecedented character of the Holocaust will always hold universal meaning. After half a century, it remains an event close enough in time that survivors can still bear witness to the horrors that engulfed the Jewish people. The terrible suffering of the many millions of other victims of the Nazis has left an indelible scar across Europe as well.

2. The magnitude of the Holocaust, planned and carried out by the Nazis, must be forever seared in our collective memory. The selfless sacrifices of those who defied the Nazis, and sometimes gave their own lives to protect or rescue the Holocaust’s victims, must also be inscribed in our hearts. The depths of that horror, and the heights of their heroism, can be touchstones in our understanding of the human capacity for evil and for good.

3. With humanity still scarred by genocide, ethnic cleansing, racism, antisemitism and xenophobia, the international community shares a solemn responsibility to fight those evils. Together we must uphold the terrible truth of the Holocaust against those who deny it. We must strengthen the moral commitment of our peoples, and the political commitment of our governments, to ensure that future generations can understand the causes of the Holocaust and reflect upon its consequences.

4. We pledge to strengthen our efforts to promote education, remembrance and research about the Holocaust, both in those of our countries that have already done much and those that choose to join this effort.

6. We share a commitment to commemorate the victims of the Holocaust and to honor those who stood against it. We will encourage appropriate forms of Holocaust remembrance, including an annual Day of Holocaust Remembrance, in our countries.

7. We share a commitment to throw light on the still obscured shadows of the Holocaust. We will take all necessary steps to facilitate the opening of archives in order to ensure that all documents bearing on the Holocaust are available to researchers.

8. It is appropriate that this, the first major international conference of the new millenium, declares its commitment to plant the seeds of a better future amidst the soil of a bitter past. We empathize with the victims’ suffering and draw inspiration from their struggle. Our commitment must be to remember the victims who perished, respect the survivors still with us, and reaffirm humanity’s common aspiration for mutual understanding and justice.

The stated aims of the IHRA are to mobilize and coordinate political and social leaders’ support for Holocaust education, remembrance, and research at national and international levels. 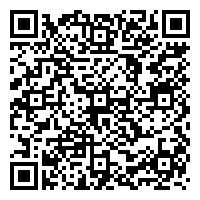