The New York Police Department’s top brass — as well as those in the lower echelons — are being questioned by the FBI in a probe that extends all the way to Mayor Bill de Blasio.

The investigation developed as the result of two-year-old corruption probe that began with the 20-year head of a union representing NYC corrections officers, and a second individual who retired in 2014 as the police department’s top uniformed official.

The federal agency is now also focusing on two members of the Orthodox Jewish community in Brooklyn who apparently have ties to the mayor, according to local sources. The specific allegations against the two are unclear.

Both allegedly raised a large amount of money for de Blasio’s mayoral election campaign and served on his inaugural committee in 2013. Neither has been charged with a particular crime, according to The New York Times.

In order to put the pieces together, FBI agents have questioned police officials from the very top of the food chain all the way down to a detective in Brooklyn’s 66th precinct, The New York Post reported Tuesday. That precinct is located in the heart of the deeply Jewish neighborhood of Borough Park.

The list of those questioned included police department chiefs, inspectors, captains and other police officials. A union head for top brass said members have been and still are cooperating with the probe. All have been told they are not the targets of this investigation; but if wrongdoing is uncovered, they could face administrative charges or dismissal. In such cases, “wrongdoing” can include acceptance of gifts, free meals or vacations and similar favors.

The investigation is being conducted with prosecutors from the U.S. Attorney’s Office in Manhattan.

At least police detective has declined so far to answer questions before a federal grand jury that began hearing evidence in the case.

Police Commissioner William J. Bratton told reporters at an unrelated news briefing Tuesday that the unnamed officer has been stripped of his badge and weapon, and placed on modified assignment until the investigation wraps up. 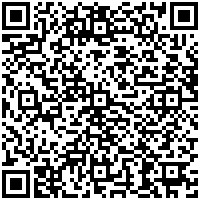