The Israel Security Agency (Shin Bet) revealed Monday evening it has arrested 93 Hamas terrorists in Judea and Samaria and eastern Jerusalem the past two months and broke up a Hamas plot to stage large-scale terrorist attacks in Israel and a coup to overthrow Palestinian Authority chairman Mahmoud Abbas.

A Hamas leader in Turkey directed the terrorist cells, which received approximately $600,000 from sources in Jordan to buy homes to hide terrorists and to purchase weapons.


Hamas set up in 46 cities and villages in Judea, Samaria and eastern Jerusalem to incite a resurgence of the intifada with terrorist attacks whose targets included the Temple Mount.

More than 70 indictments were filed in military court the past few days while the plot was kept secret under a gag order.

The wide-scale terror network, set up under the noses of Mahmoud Abbas’ security forces in Judea and Samaria, was headed by Turkey-based Salah al-Aruri, whom Israel released from jail in 2010 in return for his agreeing to leave the country.

Al-Aruri had barely crossed the Allenby Bridge at the Jordanian border when the plot to set up Hamas cells was born, and he recruited his driver, Riad Nasser who lives in an Arab village near Ramallah, to lead the Hamas network from within Judea and Samaria.

Nasser has been in Israeli jails several times for terrorist activity and was last taken into custody last December. He has been question about the Hamas terrorist network for nearly three months.

Their plan was to stage large-scale terrorist attacks with mass casualties, with the anticipated result of weakening Abbas’ control and eventually ousting him.

Among the terrorists who belonged to the cells were academic students and seasoned terrorists. One of those arrested was trained in Malaysia to hack computers.

The large-scale arrests and revelation of a network of Hamas cells disproves claims that Hamas is weak in Judea and Samaria and that Abbas’ regime is able to stamp out terror and maintain security. 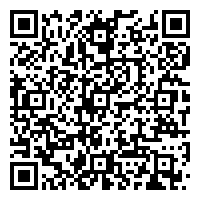