The international body warned in a unanimous statement there would be “further significant measures” if the ongoing nuclear and ballistic missile tests are not halted.


South Korea’s intelligence agency was quoted Tuesday by the Yonhap News Agency as saying the projectile is a new solid-fuel missile with a range of more than 2,000 kilometers (1,243 miles).

According to North Korea, it’s an upgraded, extended-range version of a submarine-launched ballistic missile that reached an altitude of about 550 kilometers (342 miles) and then flew about 500 kilometers (311 miles) towards Japan before dropping into the sea.

Israel’s Foreign Ministry declined to comment on the issue. But North Korea’s nuclear arsenal is an ongoing concern for the Jewish State, because Pyongyang has been exporting its nuclear know-how and technology to Iran, Syria and other Middle Eastern nations for quite a long time.

Israel destroyed at least one suspected Syrian nuclear plant, built with at least some North Korean hardware, in 2007.

Iran has strong ties with North Korea and its nuclear technology program. Moreover, Iran provides generous funding, training, equipment and weaponry to terrorist groups such as Hezbollah, Palestinian Islamic Jihad and Hamas, all of whom are pledged to annihilate the State of Israel — as have various Iranian leaders on many occasions. A deep concern for Israel is the question of when North Korea will connect the dots and hand over nuclear arms to Iranian proxy groups to allow them to do the “dirty work” of aiming the hardware at Israel.

Since Hamas in Gaza has already linked up with the Islamic State (ISIS/Da’esh) terrorist group operating from the Sinai Peninsula in Egypt, the concerns are intensifying. 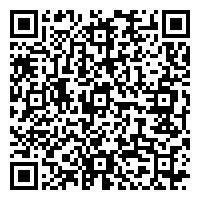