The “Military Information Support Operations,” propaganda campaign was carried out last week and was the first time the United States has used the tactic in Syria.


The leaflets were in the form of a cartoon and showed ISIS recruits being lined up to be pushed into a meat grinder.

“The message of this leaflet is that if you allow yourself to be recruited by Daesch (Islamic State), you will find yourself in a meat grinder,” said Pentagon spokesman Colonel Steve Warren. “It’s not beneficial to your health.” 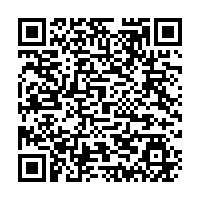