Punishment for Israelis who chose to re-elect Prime Minister Binyamin Netanyahu this week was not long in coming from U.S. President Barack Obama.

The Obama administration is now reportedly weighing the option of whether to agree to a draft resolution at the United Nations Security Council calling for the establishment of an independent Palestinian state, as well as the withdrawal of Israel from Judea and Samaria, with mutually agreed land swaps.

The resolution would force Israel to enter immediate talks with the Palestinian Authority, in advance of a final status agreement for both sides.

Obama administration officials said Thursday the White House may support passage of this new resolution, according to a report published in the New York Times.

“We are now in a reality where the Israeli government no longer supports direct negotiations. Therefore we clearly have to factor that into our decisions going forward,” a White House official said.

Major differences have emerged between the two administrations over the question of how to deal with the constant threat posed by a Palestinian Authority that succors and glorifies the terrorists in its midst.

Future contacts between Israel and the United States would be managed by Secretary of State John Kerry and Pentagon officials, the White House official added, saying, “The president is a pretty pragmatic person and if he felt it would be useful he will certainly engage. But he’s not going to waste his time.”

For decades, U.S. presidents traditionally call the apparent victor of Israeli elections after the polls have closed to congratulate them on their win. Likud Prime Minister Binyamin Netanyahu has received that call three times in the past, including from President Barack Obama, even during their most fractious relations – but not this week.

Instead, “the day after,” Netanyahu received a public scolding from Obama on his “divisive language” and a refusal by the American president to call his Israeli counterpart to offer the traditional congratulations. Secretary Kerry did make the call, per the tradition.

In an initial response to Israel’s election results, White House press secretary Josh Earnest told reporters that the U.S. would have to “re-evaluate” its position.

On Wednesday, the White House spokesperson talked about the president’s “deep concern” over the “divisive language” used by Netanyahu’s Likud party, claiming attempts to marginalize Israel’s Arab citizens in social media posts urging voters to get to the polls to offset a high turnout of more radical Arab voters supporting the united Arab party lists. “These are views the administration intends to convey directly to the Israelis,” Earnest said. Similar efforts by Obama during past presidential campaigns among targeted populations were seemingly forgotten.

During Obama’s own electoral campaign, as GOP Congresswoman Ileana Roz-Lehtinen of Florida pointed out, the president himself used divisive language while trying to whip up support from Latinos. “If Latinos sit out the election cycle, we’re going to punish our enemies and we’re going to reward our friends,” he said at the time — which she noted was a “pretty divisive kind of rhetoric” as well.

“The [Israeli] election is over,” Roz-Lehtinen told Fox News. “Let’s move on.”

But in fact, that’s not happening. “They’re really sticking it to Netanyahu to this day,” she added, “… but President Obama needs to understand that the United States Congress sides with Prime Minister Netanyahu on [Iran].”

The straw that broke the camel’s back for the president, apparently, was a remark by Netanyahu during his campaign in which he stated he would not allow creation of an Palestinian Authority state next to Israel due to what is now obviously a security threat.

Earnest, however, said the president still believes a “two-state solution” is best, even though top Israeli leaders warn that such a move would pave the way for an Iranian launching pad on Israel’s borders – or worse, an ISIS terror state right in Israel’s midst.

State Department spokesperson Jen Psaki said Wednesday that the administration would “absolutely” continue to push for an independent PA state.

“Sometimes that takes a couple of weeks and we’re going to give space to the formation of that coalition government, and we’re not going to weigh in one way or the other, except to say that the United States and Israel have a historic and close relationship and that will continue going forward.” 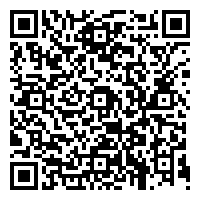