Outrage has begun to make its way around the Internet in the wake of a nasty interview by a BBC correspondent who was unable to keep his personal bias out of his coverage of Sunday’s mega-million unity rally in France.

The heads of 40 different nations attended the event; nearly four million demonstrators came to march with them and hear them speak.


But apparently BBC reporter Tim Willcox just couldn’t resist needling a French Jewish woman during his interview with her there.

The woman, a member of the badly traumatized French Jewish community, expressed her fear that Jews are being targeted in Europe – only to be interrupted by Willcox contradicting her. Here’s how the dialogue went:

French Woman: The situation is going back to the days of 1930 in Europe.

Tim Willcox: Do you think that could be resolved, though, now, before it’s too late?

FW: Yes, of course… we have to, not to be afraid to say, that Jews are, that they are the target now. It’s not only the…

TW: Many critics, though, of Israel’s policy would suggest the Palestinians suffered hugely at Jewish hands as well.

FW: We cannot do amalgam… yes?

TW: But, but, but, you understand, everything is seen from different perspectives.”

Quite apart from the obvious point that anti-Semitism has nothing whatsoever to do with the issue of Israel’s policy vis a vis the Palestinian Authority,  — and that the subject of Israel and the PA was a complete disconnect from that of the rally — the question is whether the interview really was meant to be part of a BBC special report on the rally at all.

(This writer wonders: Does one feel more powerful making insinuations and bullying a woman who has already been traumatized and clearly fears for her life?)

Perhaps they will even call it what it is, now.

For the terrorists yelled “Allahu Akbar!” at the start of their murderous rampage at the Paris offices of the Charlie Hebdo satirical magazine last Wednesday. Methodically going from one target to the next, they slaughtered their way through a hit list, killing everyone at an editorial meeting in addition to a maintenance worker, two police officers and an additional employee.

A day later, another member of the terror cell shot and killed a policewoman. It later turned out that he and his common law wife had bungled the job: their real target was a Chabad-Lubavitch elementary school, but they got into a car accident and when police arrived, they opened fire and ran instead.

The next day, Friday, Hayat Boumedienne allegedly dropped her husband, Amedy Coulibaly off near the Hyper Cacher grocery store for his next and last terror attack. He held more than a dozen people hostage and killed four before French police finally stormed the site in coordination with a parallel operation at the other end of the city.

By that time, Boumedienne had caught a plane to Turkey. From there she made her way to Syria, according to various media reports.

Cherif and Said Koachi, who together with Hamid Mourad had attacked Charlie Hebdo, had taken a hostage at a Paris printing factory on the edge of the capital. But their time was brief as French police finally stormed their site. 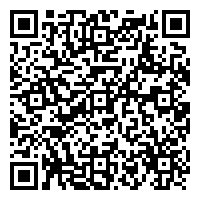