On February 8, 2010, Muslim students interrupted a speech being given at the University of California at Irvine by Michael Oren who was then the Israeli ambassador to the United States. The students didn’t just shout out their message once. They repeatedly derailed the talk Oren was trying to give so that what was supposed to have been a one hour speech ended up being only twelve minutes long.

The students shouted ugly abuse at the Israeli ambassador, accusing him of being an accomplice to genocide and propagating murder.


The situation was so extreme that criminal charges were brought against eleven students, who became known as the “Irvine 11.”

Dist. Atty. Tony Rackauckas, who was in the courtroom when the verdict was read, said the students’ behavior amounted to censorship and “thuggery.”

“In a civilized society,” he said, “we cannot allow lawful assemblies to be shut down by a small group of people using the heckler’s veto.”

When the verdict was entered by the jury, on September 23, 2011, 10 of the students were sentenced to three years of probation, 56 hours of community service and fines. Each was convicted of one misdemeanor count of conspiring to disrupt Oren’s Feb. 8, 2010, speech and a second count for disrupting it. The charges against the 11th student were dropped, pending his completing a term of community service.

The response from the community was swift and harsh, according to the Los Angeles Times.

“Absolutely unbelievable,” Shakeel Syed, executive director of the Islamic Shura Council of Southern California, said of the verdict. “I believe the heart of America has died today.

“This is clearly an indication that Muslims are permanent foreigners, at least in Orange County.”

The students and their supporters claimed the students free speech “rights” were violated. Apparently the irony was lost on them that the charges were brought against them for refusing to allow an invited guest to speak.

The judges said the defendants’ intent was proven by the exchange amongst them of email messages, as each student stood, in turn, to shout out and interfere with Oren’s speech.

An attorney for the students, Jacqueline Goodman, said she planned to appeal this ruling to the Fourth District Court of Appeals in Santa Ana, according to a local blog.

When the convictions were first announced following the trial, a Muslim advocate claimed the decision to bring charges against the students would immortalize them.

“When history books are written and this case comes to its final conclusion … the Irvine 11 will stand alongside other civil rights heroes,” said Ameena Qazi, deputy executive director of the Council on American-Islamic Relations in Los Angeles.

Some content for this article was provided by JTA. 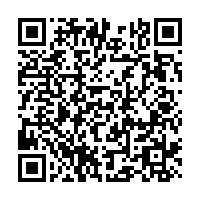