Hotovely said in the wake of two deadly attacks targeting Coptic Christian Churches on the holiday of Palm Sunday that Egypt is also being targeted by terrorists.

Pointing out that terror doesn’t stop at Stockholm, St. Petersburg, Berlin, London or Jerusalem, Hotovely called on the world to “unite against the Axis of Evil” and terror with “an iron fist.”

The Likud deputy minister said Israel is a partner in the fight against terror “everywhere it strikes,” adding that the Jewish State “will extend a hand to help wipe it out.” 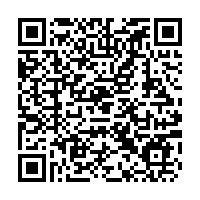