Moshe, 11, was only two when he was rescued by his Indian nanny Sandra Samuel from two terrorists of the Pakistan-based Lashkar-e-Tayyeba (LeT). The terrorists had killed Moshe’s father Rabbi Gavriel and mother Rivkah, who was five months pregnant, along with six more victims at the Chabad House in Mumbai.


Nowadays Moshe lives with his maternal grandparents in Afula, in Jezreel Valley. The Indian paper suggested Moshe’s grandfather, Rabbi Shimon Rosenberg, said he expected PM Modi to offer the boy assistance in realizing his dream of becoming a rabbi and serving at the Chabad House his parents had founded.

The Hindustan Times quotes Israeli sources as saying the meeting will take place on July 5, but they are “still working out the details and logistics of the meeting.” 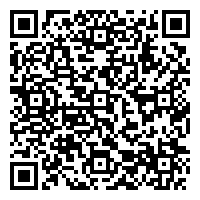