Prime Minister Benjamin Netanyahu on Thursday met with AIPAC representatives who came to Israel on an urgent mission to discuss his decisions regarding the Kotel, decisions they claimed were a “slap in the face” of American Jewry.

The delegation included AIPAC President Lillian Pincus, incoming President Mort Friedman, and CEO Richard Fishman. They met with the head of the Jewish Agency, Natan Sharansky, before meeting Netanyahu. They also met with Minister of Education and Diaspora Naftali Bennett, following which they returned to the United States.


According to NRG, the Prime Minister told his guests, who flew over to express their vociferous objections to the freeze on a mixed section at the Kotel and to the new conversion law (both decisions essentially consolidating the Chief Rabbinate’s powers), that his choice had been between support for their preferred moves and the loss of his government.

The Jewish leaders told Netanyahu that while the issue of dissatisfaction with his freezing of the Kotel Plaza mixed prayer section is relatively minor, this week’s other decision, to give the Chief Rabbinate absolute power over conversions is likely to seriously erode the relations between Israel and Diaspora Jewry.

Both of Netanyahu’s decisions caused a storm and created a rift with Diaspora Jews, most emphatically in the US.

According to NRG, officials who spoke with Netanyahu on the subject in recent days say he is aware of the severity of his decisions and the storm they caused within American Jewry, but argues that the ultra-Orthodox parties had given him an ultimatum he could not ignore.

Netanyahu assured the Jewish American dignitaries that he was continuing his plans to increase the scope for mixed prayer at the Robinson Arch, in the southernmost end of the Kotel, and that the work there would not be stopped. 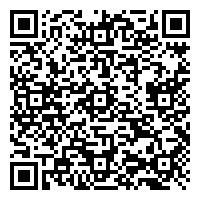