On Sunday night, after not being able to unload at the Port of Oakland over the weekend, the ZIM Shanghai decided to head to the friendlier Port of Los Angeles, where BDS protests are ignored and ZIM ships are unload, unhindered.

The ship will arrive there Tuesday.


On Saturday, ILWU 10 and 34 released a statement claiming they are not involved in the BDS protest against unloading Israeli owned ZIM ships at the Port of Oakland, and that their workers were physically threatened by the BDS protesters. They claim their leadership and management have no role in organizing the conflict.

ILWU statement on blockage of Zim vessel by protesters at Port of Oakland, Sept. 27, 2014:

SAN FRANCISCO, CA: At 6:00 PM Saturday, ILWU Local 10 and 34 represented longshoremen and clerks dispatched to work the vessel ZIM Shanghai at SSA’s Oakland California Terminal were met with hostile demonstrators, effectively blocking all access to the terminal. Longshoremen and Clerks trying to report to work were threatened physically at some points of ingress and their personal vehicles were physically blocked. As such, all personnel stood-by outside of the demonstration perimeters for health and safety purposes. At approximately 8 PM SSA released all personnel from work.

As far as the union can ascertain, the protests are organized by a coalition of individuals and organizations that plan events and create action alerts under the name of “Block the Boat for Gaza” online.

The ILWU is not among the groups organizing the protests, and the leadership and membership of the ILWU have taken no position on the Israel/Gaza conflict.

The union released the statement after claims arose that some in their leadership were using the BDS protest to bolster their contract negotiating position with the Port. ILWU 10 workers are currently working without contracts.

The Port of Oakland is also the only port in the United States where BDS protesters have been able to intimidate and physically threaten the Longshoremen into not working.

Looking at photos of the individual protesters, it is kind of hard to imagine them physically intimidating any Longshoreman.

To their credit, some Longshoremen expressed their anger at the BDS protesters this week, cursing them, and one worker even tried to run past the protesters in their car through a back gate to try to get to work.

Members of the virulently anti-Israel ISM organization were also spotted at the BDS protest.

If union leaders were trying to use the protesters as part of their negotiations, as some claim, it appears they overplayed their hand.

The BDS protesters are looking at this as victory, but in reality, there are only losers in Oakland.

ZIM may not call on the Port of Oakland again, certainly not until the ILWU 10 has a contract and guarantees to unload ZIM ships. Other shipping companies wary of the port’s unreliability may also consider the same.

With an estimated 150 ZIM visits a year, that’s a lot of business and perhaps even jobs for the City of Oakland to lose. 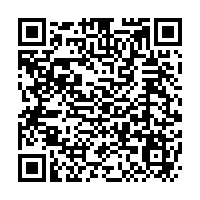