Syria will release an Israeli citizen who wandered into their territory, and Israel will release two imprisoned terrorists in exchange, Syria’s state media reported Wednesday.

The deal is being mediated by Russia, with which Israeli officials have been in close contact in recent days.


The first terrorist Israel will release is Diab Kahamuz from the village of Ghajar in the Golan Heights. He was convicted three years ago of collaborating with Hezbollah. He received instructions from Hezbollah members to photograph IDF patrols and had plans to receive explosive devices to carry out an attack in the northern region. He was sentenced to 14 years in prison.

Several of his family members were part of a Lebanon-to-Israel drug smuggling network. The suspects have been charged with smuggling explosive devices with the assistance of a family member on the Lebanese side of the border who served as a liaison with Hezbollah.

The second person is a woman, Nihal al-Makat. She is the sister of Sidki al-Makat who was released in a prisoner exchange deal last year. She was convicted last June of incitement and was sentenced to a three-year suspended sentence and a fine.

The name of the Israeli woman was not mentioned in the report. She is said to have recently entered Syrian territory through the Quneitra region, adjacent to Israel’s border with Syria. Her reason for crossing over was not stated.

Israel has officially confirmed that such a deal is in progress.

This news comes after the Israeli government convened on Tuesday night to discuss a secret humanitarian issue that involved Syria and Russia’s mediation.

All details of the incident are banned for publication, and the IDF’s censorship allowed to publish only that Israel has turned to Russia to exercise its influence in Syria on a humanitarian issue.

The participating ministers signed a document legally guaranteeing their secrecy.

Other lower-level Israeli officials have since been in close contact with the Kremlin. 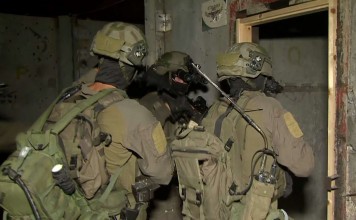