By Hanan Greenwood and Shimon Yaish

A group of Haredi tourists denied entry into Jordan on Tuesday claim that they were humiliated by the Jordanian border guards, who demanded that they cut off their payos [sidelocks]. However, the Israel Airports Authority (IAA), which oversees the Yitzhak Rabin Crossing, claims that group members were “disruptive” and attempted to bring food across the border in violation of a Jordanian ban.

The group was on its way to visit Jebel Haroun, traditionally believed to be the burial place of Aaron the High Priest.

The IAA put out a statement saying that “A group of Haredi Israelis were not allowed into Jordan because of disruptive behavior at the border crossing to Jordan in response to Jordan’s refusal to allow them to bring food with them. “Despite warnings by border terminal staff, they decided to take the food with them,” the IAA said.

Haim Goldberg, a writer and photographer for the Haredi news site Kikar HaShabbat, said that the Jordanians on duty at the border crossing told the group that only after they cut off their peyot [sidelocks] would they be allowed into the country.

“I’m with a group of Haredim who are stuck at the Jordanian border, and what’s happening here is delusional,” wrote Goldberg.

“We arrived at the crossing on time, but the moment the Jordanians picked up we were Jewish, the trouble started. The Jordanians are trying to ask people to cut off their peyot. Everyone here is undergoing humiliating searches, while those who don’t look Jewish are allowed to cross without any problem. The only disturbance at the Jordanian border that the IAA spokesman talked about in the press release was by the Jordanians, who use force against anyone who takes pictures or wants to,” he continued.

Every year, a few hundred Haredim visit Jordan at the beginning of the Hebrew month of Av to take part in a modest ceremony honoring Aaron, Moses’s older brother and the first High Priest. Long-standing tradition holds that Aaron is buried at Jebel Haroun in southwest Jordan, near Petra.

Tuesday’s incident was not the first time the Jordanians have allegedly refused entry to visitors clearly identifiable as Jews by their dress or ritual objects.

Rabbi Yaakov Herzog, who calls himself the rabbi of Saudi Arabia, posted a video in which he explains that Jewish visitors can bring tefillin and prayer shawls into Jordan, despite them being banned.

“This week is the yahrtzeit of Aaron the High Priest, and of course people want to go to Jordan to visit his grave,” said Herzog. “You know that frequently, the Jordanians make problems over tefillin, prayer books and other Jewish items. I was at the border this week and they tried to do the same thing to me. I insisted, I sat with them for hours, and I proved they have no law about that,” he said. 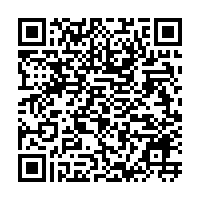