On January 1, 1936, New York’s Lower East Side received its first subway stop, connecting thousands of Jewish and other immigrants in crowded tenement buildings to midtown and uptown Manhattan, as well as to Brooklyn and Queens. The Jewish Forward celebrated the event on Thursday, January 2 (yes, it was a daily newspaper back then), under the headline “East Side, Cut Off From New York Finally Gets A Subway.” Of course, they wrote it in Yiddish, and in Yiddish, the word for subway is unterban, but everybody just called it subvey.

The Forward also ran the picture below which shows John Delaney, Chairman of the Board of Transportation, Manhattan Borough President Samuel Levy, Mayor Fiorello La Guardia, Forward Manager B.C. Vladeck and Judge Jacob Panken on the E train at the grand opening of the Rutgers Street Station. The name was only later changed to East Broadway.

“When the subway opens for the thousands of people who come here to The Forward building daily for a variety of reasons, it will be easier to get to East Broadway,” the Jewish daily reported. “Most importantly it will be easier for union activists and Worker’s Circle members and other communal organizations who have their gatherings in the Forward building to get here in less than 23-35 minutes.”

The ribbon cutting ceremony drew thousands of people to the corner of East Broadway and Essex Streets on New Year’s Day, 1936, who started arriving at 8 in the morning (the ceremony was scheduled for noon). The day was cloudy and rainy.

The Forward reported: “They waited patiently for the city authorities to come open the subway. Meanwhile, they shmuzed amongst themselves about how the subway’s opening is ‘a new page in the East Side’s history.’ Now they’ll also take a look more seriously at fire traps filling the East Side. Many complained that their East Side, where the poor and poorest live, was neglected by city fathers.”

When the first subway train arrived at the Lower East Side station, it was welcomed with “gleeful shouts, applause, confetti and shouts of hurrah,” according to the Forward report. Almost everyone in the crowd touched the new train: “‘A real subway,’ many said, expressing their joy publicly.”

According to the same report, the new subway station was “built according to the latest subway techniques. Everything sparkles and shines inside. The walls are marble and the entryway is spacious and airy. At the East Broadway station, there’s an escalator (stairs that move).”

Mayor Fiorello La Guardia was born at 7 Varick Street over in Greenwich Village, to a Catholic Italian father and a Jewish Italian mother. He graduated from Dwight High School on the Upper West Side, and then from New York University’s School of Law. He served in the American consulates in Hungary and Croatia. He later worked as an interpreter on Ellis Island, certified for Italian, German, Yiddish, and Croatian.

In 1922, La Guardia, a Republican, published an open letter in Yiddish to his Democratic opponent, Henry Frank, who was Jewish, and who had accused him of being an anti-Semite. In the letter, La Guardia challenged Frank to a debate, entirely in Yiddish, which Frank declined because, well, he didn’t speak Yiddish.

At a 1934 public address, La Guardia warned that “part of Hitler’s program is the complete annihilation of the Jews in Germany.” His sister, Gemma La Guardia Gluck, was an inmate in the Ravensbrück concentration camp from 1944 to 1945. 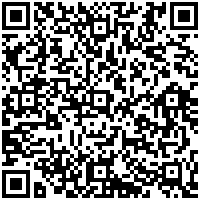