Four million displaced Syrians live in northern Syria and suffer from the lack of access to clean water, regular stable electricity, healthcare, and education. Raqqa suffered severe damage to its infrastructure as a result of Syria’s civil war. This, together with extreme weather conditions, has drastically reduced the supply of clean drinking water.


Watergen’s generators offer a clean and secure alternative to unsafe wells the residents have been using until now.

Israel and Syria do not hold diplomatic ties. The Israeli company partnered with the Multifaith Alliance for Syrian Refugees (MFA) to deliver the machine in an operation described as “complicated.”

The Israeli technology produces clean drinking water from the moisture in the air without having to connect to a water source. It is a unique solution for countries where there is insufficient access to potable water. Watergen devices use a standard connection to electricity or solar panels and can produce up to 6,000 liters of drinking water a day.

“We are proud to participate in this life-saving initiative to improve the safety, health, and welfare of the region,” said Dr. Michael Mirilashvili, Watergen President and CEO. “In doing so, we continue to fulfill Watergen’s mission to guarantee clean drinking water to all who need it, something we believe is a basic human right.”

MFA’s Executive Director Shafi Martini said that the first unit was installed last month in a local medical facility and has been providing fresh drinking water to 500 displaced persons on a daily basis. A second Watergen generator will soon be installed in another area medical facility, and MFA plans to set up additional units in hospitals and schools throughout northern Syria.

Watergen’s devices are deployed in more than 80 countries around the world. 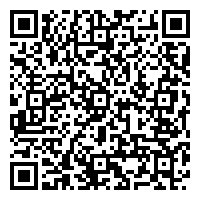