The anarchists took over the rally at the end of the event, as protesters marched to the Kirya area and to Rothschild Boulevard. Some cursed the cops, burned garbage cans and chanted slogans condemning the government:

Protesters blocking streets in Tel Aviv after the demonstration:

Police forcefully remove demonstrators who block the Azrieli Junction of the Ayalon highway:

From there, the protesters marched towards the Ayalon highway and blocked the Azrieli junction. They blocked police vehicles while shouting “Bibi go home.” They then moved back into the heart of Tel Aviv, accompanied by mounted police and Border Guard officers.

Police arrested at least 19 demonstrators, three cops were injured lightly and received treatment on the spot. A police official told Kan 11 News that the demonstration was marked by anarchy and attacks on the police, on civilians and on government symbols and that the police would not allow this.

“We will even the scales with everyone who did this,” the police source promised.

Although the police approved only 1,800 participants in Saturday night’s rally, tens of thousands of protesters gathered in Rabin Square in Tel Aviv to participate in the demonstration of the self-employed in protest of the difficult economic situation that followed the government’s coronavirus closures, and in demanding to receive the promised aid.

The protesters did not maintain the required 6 ft. social distancing, despite the organizers’ pleas, but most wore facemasks.

While the organizers stressed that politicians would not be able to speak at the rally, insisting that the demonstration was not politically motivated, there were signs with messages attacking Prime Minister Benjamin Netanyahu, such as, “No way a criminal defendant can be prime minister.”

Other signs said: “We want to get the money, and we will continue to fight until we see the money in our accounts.” 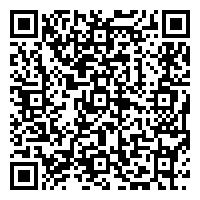