PM Benjamin Netanyahu on Monday, a day before Yom Kippur, begged the forgiveness of Orna Peretz, the resident of the northern town of Kiryat Shmona whom he called “boring” during his visit to that city a year ago.

The prime minister was in Kiryat Shmona to dedicate a medical center, and was interrupted, after he had said that “all of Israel’s citizens, at every location, deserve the best possible care,” by Orna Peretz, who asked: “So why did you close the emergency room?”

Netanyahu replied angrily: “You’re not interesting, you’re boring us. Give us interesting things,” to which she responded: “I’ve voted for you every four years, and that’s how you treat me?”

Going back to the incident between them, Netanyahu told Peretz he had just found out that morning “that my lawyer and friend Jacob Weinroth passed away. So first of all ,I’m sorry if I hurt you.”

Peretz also apologized to Netanyahu, “for doing that on the wrong day.”

Netanyahu told Peretz: “You’re not boring,” and noted the fact that since he had announced his intention to apologize to her, she had become boring to the media.

Peretz said she had been shamed online since her invitation to meet with the PM had been publicized.

“Now I know how Sara is feeling,” she told Netanyahu. 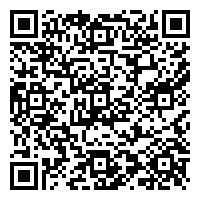