Thirty-five academics found serious methodological flaws and a significant lack of evidence in the research hailed as the rationale for developing California’s Ethnic Studies Model Curriculum.

“We are university scholars and academics, many of us with decades of experience designing and carrying out empirical research and qualified to analyze scholarly publications. We are deeply concerned with the misrepresentation of social science research that is used to support claims of the benefits of ethnic studies courses in the Introduction and Overview to the Third Field Review of the Ethnic Studies Model Curriculum (ESMC),” wrote the academics to California State Superintendent of Public Instruction Tony Thurmond and President of the State Board of Education Dr. Linda Darling-Hammond.


The ESMC touts four scholarly articles as evidence that an ethnic studies curriculum will result in positive academic and social outcomes for students. However, after reviewing the four articles, the academics, one of whom is AMCHA’s co-founder UCLA Professor Emeritus Leila Beckwith, noted serious problems in the research and concluded that “none of these papers provides sufficient evidence for the claims that are attributed to it.”

The flaws included numerous methodological and design limitations, including that many of the findings were too insubstantial to form the basis of a generalized claim, many of the conclusions were based on small-scale qualitative and descriptive studies resulting in unreliable results, researchers failed to control for self-selection, and relatively few of the studies relied on an experimental design involving treatment and control groups to support a credible causal inference.

“It is unconscionable that with so much at stake, the State Board of Education would mislead California citizens into believing that bold claims about the benefits of ethnic studies courses for K-12 students are supported by considerable and robust empirical evidence when this is simply untrue,” concluded the scholars.

“Since this curriculum was first introduced, we have warned of the dangers of its effects on both Jewish students and all students,” stated Tammi Rossman-Benjamin, AMCHA’s director and co-founder. “Based on years of experience fighting bigotry, we fear that instead of its intended goal of educating and uniting, this curriculum – which has adopted a highly politicized Critical Ethnic Studies framework – will have the opposite effect of pitting students against each other and will lead to increased divisiveness and polarization. With the discovery that ESMC’s foundational claims are baseless, we call on California legislators to carefully consider what it means to pour tens of millions of taxpayer dollars into mandating courses that have not been proven to benefit students either academically or socially, and instead, may very well harm them.”

AMCHA has been leading an effort to expose the dangers that Critical Ethnic Studies poses to all California students and particularly Jewish students. In 2016, California state legislators passed a bill, AB 2016, mandating that the state’s Department of Education (CDE) develop a model ethnic studies curriculum for use in high school ethnic studies courses. Although the bill stated that the goal of such courses was “preparing pupils to be global citizens with an appreciation for the contributions of multiple cultures,” the politically motivated educators appointed by the CDE to help draft the model curriculum developed a curriculum firmly rooted in Critical Ethnic Studies.

Unlike the broad field of ethnic studies, with its goal of understanding and celebrating the contributions of California’s and our nation’s diversity, Critical Ethnic Studies is a narrow, highly politicized conceptualization of the field that limits its focus to specific identity groups is firmly rooted in ideologies that divide society into oppressed and oppressor groups based primarily on race and class, and, as part of its disciplinary mission, uses the classroom to indoctrinate students into narrow political beliefs and activism. The lesson included on Jewish Americans portrays Jews as “white” and “privileged” and clearly on the oppressor side of the race-class divide. And the discipline as a whole is historically anti-Zionist and anti-Semitic.

Last year, AMCHA organized a letter from 80 organizations that urged California Governor Gavin Newsom to veto a bill, AB 331, that would have mandated high school students take a course based on the Ethnic Studies Model Curriculum, and he did. However, a new bill has recently been introduced in the state legislature to replace AB 331. 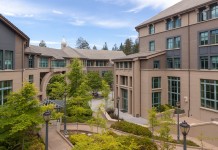 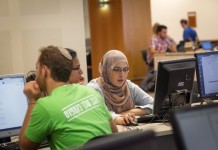 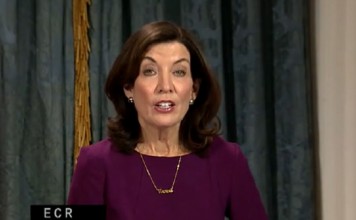 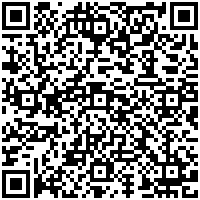