Florida’s new Governor, Ron DeSantis, on Tuesday announced he considers blacklisting the short-term hospitality service Airbnb in his state, in response to the company’s exclusion of Judea and Samaria Israeli settlements from their list.


“We have a moral obligation to oppose the Airbnb policy,” DeSantis said, stressing that “it does target Jews specifically, I think that is wrong.”

According to the governor, Florida’s Board of Administration will determine by the end of January whether Airbnb engages in discrimination against Israel, and if the ruling is that it does, the state would impose sanctions.

Airbnb, which lists 45,000 hosts in Florida, on Tuesday denied the accusation that it is anti-Semitic, saying it has “unequivocally rejected” the Boycott, Divest and Sanction (BDS) movement and remains “deeply committed” to its thousands of hosts west of the green line border.

According to the Miami Herald, being sanctioned by Florida State would jeopardize the memorandum of understanding that permits Airbnb to operate legally in Miami-Dade County, and prohibit the state’s pension fund from investing in companies listed by Airbnb. That last one would make it extremely difficult for Airbnb to go public.

“That would not be good, if you’re already on Florida’s hit list before you even got off the ground,” Governor DeSantis commented.

The new governor announced on Tuesday that he is about to visit Israel and that he is going to add a permanent feature to the state budget – a $2 million in annual security funding for Florida’s Jewish day schools. 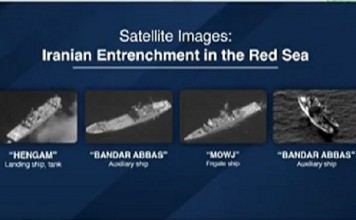