UK Minister of State for Armed Forces James Heappy told Breaking Defense Iran made a “big mistake” by arming Russia with its kamikaze and other drones because it was an opportunity for the West to discover vulnerabilities in the Iranian systems.

Taking advantage of “Russia’s extensive use of Iranian drones,” Ukrainian and Western scientists have been able “to detect the weaknesses within the Iranian technology and provide effective solutions to counter them,” Heappy said.

Heappy, 42, served as an officer in the British Army before entering politics. A member of the Conservative Party, he has served as the Member of Parliament for Wells in Somerset since 2015. He was Parliamentary Under-Secretary of State for the Armed Forces from 2020 to 2022, before being promoted to Minister of State for the Armed Forces in July 2022.

“The Ukrainian war has revealed that the Russian technology was not too sophisticated and did not perform effectively on the battlefield as was expected. Iran’s neighbors should not worry too much about this matter,” Heappy told Breaking Defense.

According to Defense Scoop, the Biden administration has given more than $20 billion in security assistance to Ukraine since the start of the war, committing cutting-edge tools to help the Ukrainians defend themselves. In April, the Pentagon announced that the US Air Force had developed a new kamikaze drone called the Phoenix Ghost, which it planned to send to Ukraine.

Former Pentagon Press Secretary John Kirby told reporters last April that “the Air Force was working on this and, in discussions with the Ukrainians again about their requirements, we believed that this particular system would very nicely suit their needs.”

Air Force Secretary Frank Kendall told Defense Scoop in July that “I actually can’t say very much about Phoenix Ghost. I apologize but there’s not much I can say publicly about it.” He won’t reveal how the Pentagon would be using Phoenix Ghost in the future, and how many the Defense Department was planning to Purchase.

According to Bloomberg, the Phoenix Ghost’s primary purpose is to deliver an explosive munition to a human-selected target. The drone can loiter over an area for up to six hours, and can conduct surveillance.

A whole lot like those Shaed drones. Who’s reverse-engineering now?

The NY Times reported this week that since the Russian invasion, technological advancements on the battlefield have centered on increased use of small, remotely operated drones, used in reconnaissance, correcting artillery fire, and kamikaze attacks. Now, the Times reported, a Ukrainian team is working on a drone that would deliver the perfect attack when it comes to controlling location and range – using grenades.

Meanwhile, L3Harris Technologies, an American company based in Melbourne, Florida, has won a $40 million contract to deliver 14 anti-drone VAMPIREs (Vehicle Agnostic Modular Palletized ISR Rocket Equipment) to Ukraine. The mobile VAMPIREs will allow Ukrainian soldiers to down infiltrating enemy drones – obviously, based on an analysis of captured Shahed-131 and Shahed-136 Iranian drones.

Luke Savoie, an L3Harris official, told The Defense Post: “We’ve invested in procurement, testing, and certification since August so VAMPIRE production can begin without delay,” adding: “We’re committed to supporting a US strategic partner with a robust capability, as the people of Ukraine continue to defend their country and protect their independence.”

The Wall Street Journal reported on January 3 that “Ukraine is improving its ability to intercept the Iranian-made Shahed drones that Russia has relied on to damage Ukrainian infrastructure.” According to the WSJ, Western-supplied air-defense systems are increasingly helping the Ukrainian military repel the Iranian drone attacks. 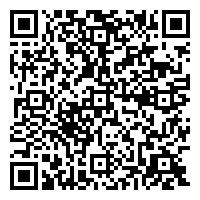