The first debate of the 2020 presidential election season is taking place in downtown Miami over two nights, Wednesday and Thursday, this week, with 20 Democratic candidates. If you opted not to watch the first debating team last night, we’ll tell you that according to CNN, Senators Cory Booker and Elizabeth Warren, and former San Antonio mayor Julián Castro were the winners, and Beto O’Rourke the clear loser (they said he was “hard to watch” and “out of his depth,” ouch). Tonight’s match will include the leaders of the pack so far, Bernie Sanders and Joe Biden, who between them have 155 years of wisdom to share with the American people.

Ben Shnider, Vice President of Political Affairs and Strategy at J Street, sent all the Democratic candidates in both debates a well thought out memo chock full of debate tips regarding how to deal with questions from the Miami audience regarding Israel.


“When it comes to Israel and US foreign policy in the Middle East, some candidates may be feeling a bit of trepidation,” Shnider started his tip sheet, recalling that “for a long time, the conventional wisdom warned against voicing even mild criticism of the Israeli government or giving equal weight to Israeli and Palestinian rights.”

“But times have changed – and the old playbook is long out of date,” he suggested. “Many of the 2020 presidential hopefuls have publicly critiqued and condemned the far-right policies, rhetoric and ideology of Prime Minister Netanyahu,” and, “Importantly, we’ve seen candidates make clear that they won’t shy away from attaching a cost to a potential disastrous Israeli annexation in the West Bank.”

On that one: we wish Netanyahu annex the “West Bank.” The most he promised, on the eve of the last election, was to impose Israeli law instead of IDF martial law in Israeli settlements in Area C. And most of us will probably have a thick growth of hair on the palms of our hands before he does even that.

But realism aside, J Street is offering 5 tips for presidential candidates to help them successfully speak about the Zionist entity on the debate stage.

1. Make clear you support BOTH Israelis and Palestinians.

According to the poll commissioned by J Street, “75 percent said they would be most likely to vote for a candidate who supported both Israelis and Palestinians.” And by Israelis they mean Israelis who are interchangeable with Palestinians.

2. You can stand with Israel and criticize the actions of its government.

Talk about false equivalencies. Close to 70% of Israeli Jews consider themselves right-wing, but J Street presents a dichotomy between the ruling right-wing government and the Israeli voters who chose it. This is a brazen misrepresentation of the fact that if you “stand with Israel” you’re doing so with a majority-right Jewish state.

3. Don’t be afraid to talk about settlements and occupation.

Shnider instructs Democratic candidates to “make clear that they won’t shy away from imposing a cost to potential annexation.” Are you feeling the chill? Wait until an Israeli prime minister (Gantz included) has to face President Elizabeth Warren or Bernie Sanders.

4. “Shared values” should be more than a platitude.

This J street official actually wrote: “Unfortunately, by challenging democratic norms and pursuing politics of fear and intolerance, President Trump and Prime Minister Netanyahu are now undermining those values.” Because getting the voters to choose a right-wing path is obviously anti-democratic. In his vehemence to take down Netanyahu, Shnider doesn’t hesitate to smear Israel as not adhering to democratic values. And he doesn’t bother to provide proof. What are those Democratic candidates going to say when someone in the audience challenges them to point to a single non-democratic Israeli policy?

“Whether it comes to solving the Israeli-Palestinian conflict, dealing with Iran or addressing many other global challenges, presidential contenders should be emphasizing the importance of working with our allies towards diplomatic solutions.” Very good advice, especially in light of President Trump very undiplomatic success in crushing Iran without having to talk to the Ayatollahs. Why not make sure the Democrats lose their edge on foreign policy in 2020.

And so, instead of working to mend the ties of the Democratic party with Israel, J Street rejoices in making the split even wider. 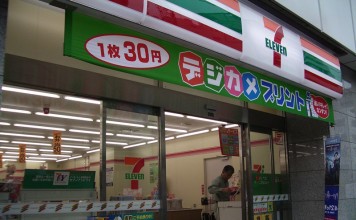 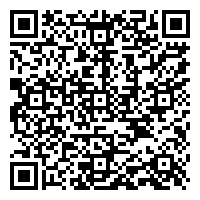