Former President Donald Trump on Tuesday praised President Vladimir Putin’s moves in Ukraine and called him “savvy.” Speaking on the conservative Clay Travis & Buck Sexton Show that reaches 400 talk radio stations, Trump said: “I went in yesterday and there was a television screen, and I said, ‘This is genius.’ Putin declares a big portion … of Ukraine, Putin declares it as independent.”

“So, Putin is now saying, ‘It’s independent,’ a large section of Ukraine. I said, ‘How smart is that?’ And he’s gonna go in and be a peacekeeper. That’s the strongest peace force,” Trump said and suggested the US could use the same show of force on its border with Mexico. Trump’s point was that it was a smart and savvy move for Russia to pull, in light of the weak opposition he would be facing from the Biden administration


Trump told Travis and Sexton that he and Putin had discussed a Russian invasion of Ukraine. “I knew that he always wanted Ukraine. I used to talk to him about it,” Trump said. “I said, ‘You can’t do it. You’re not going to do it.’ But I could see that he wanted it. I used to ask him. We used to talk about it at length.”

“This never would have happened with us,” Trump insisted, and called President Biden “a man that has no concept of what he’s doing.”

“This never would have happened with us,” Trump insisted, and called President Biden “a man that has no concept of what he’s doing.”

“Had I been in office, not even thinkable. This would never have happened,” Trump continued. “But here’s a guy that says, you know, ‘I’m gonna declare a big portion of Ukraine independent,’ he used the word ‘independent,’ ‘and we’re gonna go out and we’re gonna go in and we’re gonna help keep peace.’ You gotta say that’s pretty savvy. And you know what the response was from Biden? There was no response. They didn’t have one for that. No, it’s very sad.”

Later on Tuesday, the former president said, “Now it has begun, oil prices are going higher and higher, and Putin is not only getting what he always wanted, but getting, because of the oil and gas surge, richer and richer.”

But on Wednesday evening, Trump called Fox host Laura Ingraham’s show and said the Russian invasion of Ukraine was “a terrible thing” that “would not have happened during my administration.”

He explained: “I don’t believe he (Putin) wanted to do this initially. I think he wanted to do something and negotiate it and it got worse and worse. … He saw the weakness — when it really started with the weakness in Afghanistan. The way they pulled out of Afghanistan. I really believe that’s where he started to think he could do this.”

Trump also told Ingraham that the attack on Ukraine attack was “a very sad thing for the world, for the country and it’s certainly very sad for a lot of people that are going to be needlessly killed.” 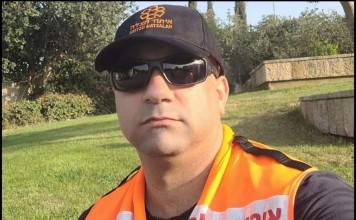 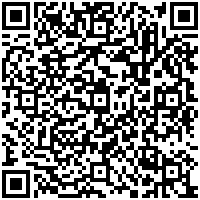