The moderator, who made every effort to maintain the civilized appearance of the event by asking everyone to abstain from applauding or booing, adding that should they feel too angry they should take a short walk outside – then started her questions to Fleisher, who is spokesperson for the Jewish community of Hebron, with a demand that he defend the violence of Hebron Jewish settlers against their Arab neighbors.

We would have certainly taken a walk outside at this point, but Yishai successfully answered this and many other misconceptions, intentional and otherwise, as well as the blatant lies that were thrown at him and at Israel. He was gallant in his restraint, managing to make his key points before being cut off by the moderator, despite the fact that on occasion he wasn’t even given a chance to respond at all.

There’s much misinformation, misconception and ignorance in the American Jewish community about Israel, which Yishai did a lot to dispel over at that Beverly Hills event. We recommend watching the entire recording on Chol Ha’moed, or should you be done with Passover preparations ahead of the holiday and need something to keep you busy (we’re joking, of course). 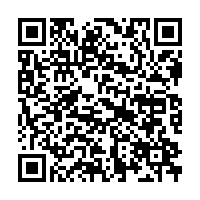