Epstein brilliantly deconstructs many assumptions and visual preconceptions we (and many earlier scholars) frequently bring to these medieval Haggadot in an analysis that returns us to their original social and religious contexts. He does this by insisting that we see the illuminations as an independent commentary to be understood in parallel with the Haggadah text, not subservient to it. Of course one of the greatest initial challenges he faces with the Bird’s Head Haggadah is the substitution of bird’s heads for almost all of the human heads in the manuscript. While other manuscripts around the turn of the 14th century, both Christian and Jewish, utilized this same motif, the vastly different contexts thwart a single understanding for all, and certainly not as a universal Jewish method of satisfying a halachic injunction against image making. Nonetheless here the visual affront is particularly difficult for modern eyes. Depicting Jews with bird’s heads is simply grotesque. 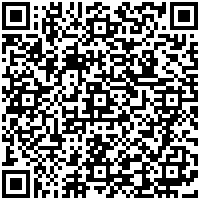