Last year thousands of people publicly protested the kidnapping of three Israeli soldiers – Cpl. Gilad Shalit, Master Sergeant Ehud Goldwasser and First Sergeant Eldad Regev – by Hamas and Hizbullah terrorists. Despite this condemnation, the captors have ignored all humanitarian efforts to free them or even permit visits by Red Cross personnel.

On Monday, protesters resumed their concern for the three with a rally across from the United Nations. Added to their worry is the continuing plight of missing Israeli military personnel, soldier Yehuda Katz; First Sergeant Tzvi Feldman; Sergeant Zachary Baumel; Air Force pilot Ron Arad; and soldier Guy Hever.

Following the rally, a petition signed by more than 50,000 people was to be presented to the UN.

Various leaders shared their thoughts with The Jewish Press. Malcolm Hoenlein, executive vice chairman of the Conference of Presidents of Major American Jewish Organizations, said, “The recent freeing of BBC reporter Alan Johnston is proof that concerted pressure can produce results and, hopefully, [this] will lead to the freedom of the Israeli captives.”

Sheldon Silver, speaker of the New York State Assembly, remarked, “During the last year, I have met with the relatives of the kidnapped soldiers both here and in Israel. We have pledged to do everything in our power to help with their release. We must use occasions such as this to heighten the public’s outcry.”

Ambassador Aryeh Mekel, consul general of Israel in New York said, “Tisha B’Av is a time of cheshbon ha’nefesh, the examining of one’s inner self. We must exert [pressure on] our adversaries in the building across the street that they too must examine their actions and respond favorably.”

U.S. Rep. Jerrold Nadler (D-NY) commented, “There is no greater mitzvah than that of pidyon shvuyim (the release of captives). Years ago that referred to pirates, today it is our enemies who abduct our soldiers and refuse to act in accordance with every mark of decency.”

Karnit and Miki Goldwasser, wife and mother of kidnapped soldier Ehud Goldwasser, cried out, “How long will we have to wait to see our loved ones again?” 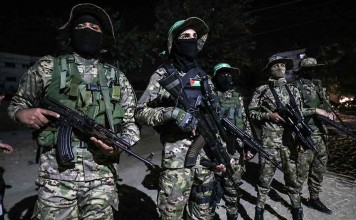 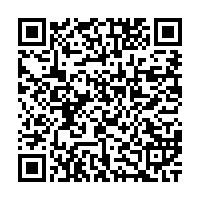