Former head of the Israeli Arab Balad party and a fugitive from Israeli justice, ex-Knesset member Azmi Bishara has somehow been granted an American visa in time to speak next week in Washington DC.

According to a report published last week by the Washington Free Beacon, Bishara is scheduled to speak this coming weekend at a conference in the downtown Marriott hotel organized by The Arab Center of Washington DC, entitled “Democracy in the Arab World: The Obama Legacy & Beyond.” The conference is hosted in partnership with the Center for Middle East Studies at the University of Denver’s Josef Korbel School of International Studies.

The State Department reportedly declined to confirm whether it had granted a visa to Bishara, who has lived in Qatar since fleeing Israel in 2007, and whose image as a scheduled speaker still appears on the website of the conference. Bishara escaped just hours after he was accused of passing information to Lebanon-based Hezbollah agents and recommending Israeli targets to the Iranian-backed terrorist group in 2006 during the Second Lebanon War. He fled just prior to being arrested by police on charges of spying and aiding the enemy in wartime.

Israel is still holding a warrant for Bishara’s arrest. If tried and convicted Bishara could face life in prison. Since Qatar is not currently a participant in the U.S. Visa Waiver Program it is not clear how Bishara, a wanted fugitive from a U.S. ally, was able to enter the United States.

“We are unable to provide information on individual cases because visa records are confidential under U.S. law,” an official told the Free Beacon. “Visa applications are adjudicated on a case-by-case basis in accordance with U.S. law.” In addition, the source told the Free Beacon, “Section 222 (f) of the Immigration and Nationality Act (INA) prohibits us from disclosing details from individual visa cases.”

Bishara is slated to deliver the keynote address, “A Framework for Democracy in the Arab World.” He is listed as the “General Director, Arab Center for Research and Policy Studies (ACRPS), Qatar.” Attending the same conference from the ACRPS is “Associate Researcher” Marwan Kabalan, a panelist speaking on the “Future Outlook and Recommended US Policies regarding Democracy in the Arab World.”

Kabalan is a Syrian academic and writer who has been a visiting professor in the College of Law at Qatar University, and has written for the Qatar Tribune. He is a recognized writer and expert on Syria, with a PhD in International Relations. In 2012, Kalaban was the Dean of Faculty of International Relations and Diplomacy at the University of Kalamoon, Damascus.

Former U.S. Ambassador to Russia Michael McFaul, originally scheduled to speak at the event on promotion of democracy in the Arab world, has reportedly canceled his plans to appear. 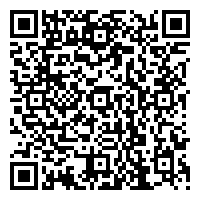