“Dano” was wounded in action. The Multinational Force turned to a Hebrew University veterinarian.


While serving in Afghanistan, Dano was wounded in action, fracturing his left upper canine tooth, known as fang to those who have been bitten.

The tooth was treated by a root canal therapy and filling, and Dano was re-assigned to the Multinational Force and Observers (MFO) in the Sinai, whose peacekeeping responsibilities received a mandate from Egypt and Israel to supervise the implementation of the military Annex to their 1979 Peace Treaty.

Several weeks ago, trouble struck again for Dano, who re-fractured his tooth while on duty. Suffering from an exposed nerve, Dano needed immediate attention, but the medical care he needed was not available at his camp.

The MFO recently established contact with the Veterinary Teaching Hospital (VTH), where students of the Hebrew University’s Koret School of Veterinary Medicine receive their clinical training. It is the only hospital in Israel with modern facilities and equipment staffed by more than 45 veterinarians and a comprehensive range of internationally and nationally recognized specialists.

Along with a doctor, veterinarian and dog handler, Dano traveled from the Sinai Peninsula to the VTH and he met Dr. Yoav Bar-Am, the only board certified veterinary dentist and oral surgeon in Israel.

After Dano received general anesthesia, his dental radiographs and mouth were carefully evaluated. Dr. Bar-Am found that although Dano’s tooth had fractured and the filling was lost, the previous root canal remained intact. So Dr. Bar-Am re-shaped the contour of the tooth, smoothed the sharp edges of the fracture line, and prepared and placed a composite filling that matched the tooth’s natural color.

Dr. Bar-Am, who has operated on U.S. and Israeli working dogs in both the United States and Israel, said that “for a working dog, we attempt to do heroic things to save the tooth so they can continue to go about their jobs,”

Thanks to the treatment he received, Dano and his Peacekeeping team were able to go home the same day and return to full duty.

“This is the first time Dano has been medevac’d,” said Staff Sgt. John Breyer, military working dog handler who has been paired with Dano for four years. “The standard for these dogs is to have a high level of care.” 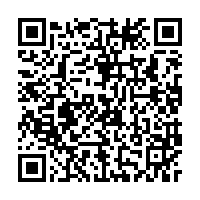