Polish Justice Minister and Prosecutor General (in Poland you can be both) Zbigniew Ziobro on Tuesday declared that he plans to appeal a Polish court ruling not to extradite 82-year-old, Oscar-winning film director Roman Polanski, to face charges of jumping bail for a 1977 case of statutory rape, news agencies reported. Ziobro told Polish radio that the reason for his attempt to extradite Polanski is that “he is accused of a terrible crime against a child, the rape of a child.”

Justice Minister Ziobro has gained a reputation in Poland of a stickler for the law, but also of being a polarizing figure in Poland’s politics. His uncompromising prosecutorial style has earned him the title of Man of the year for 2006, awarded by Newsweek-format Wprost magazine. But his policies have been criticized as partisan and overzealous by local and international press.


According to Wprost, Ziboro has turned the Polanski extradition into one of his pet campaign issues, and last October, after a Krakow Regional Court ruled against the extradition of Roman Polanski to the United States, Ziobro promised to take action to extradite Polanski. “Mr. Polanski cannot stand above the law,” he declared. “Therefore, I believe that the future minister of justice, whoever he may be (wink, wink, nudge, nudge) should agree to extradite Polanski to the United States. There can be no protection from responsibility due to the status of a person for such heinous acts, such as sexually abusing a minor in the absence of her parents. Pedophilia is evil and must be definitely removed.”

Krakow Regional Judge Dariusz Mazur wrote in his October ruling that “had Poland accepted the US extradition request, it would have violated the rights of Mr Polanski and at the same time the European Convention on Human Rights.”

Jerzy Stachowicz, an attorney for the aging Polanski, told AFP: “We were expecting this. Ziobro had previously announced he was going to do this. For the moment, we won’t be commenting because we don’t know whether he has already done it or whether he is about to do it.”

Presumably, Polish defendants receive some manner of notification in these instances.

In 1977, Polanski was arrested in Los Angeles and charged with five counts against Samantha Gailey, 13: rape by use of drugs, perversion, sodomy, lewd and lascivious act upon a child under 14, and furnishing a controlled substance to a minor. At his arraignment Polanski pleaded not guilty to all charges, but later accepted a plea bargain which dismissed the five initial charges in exchange for a guilty plea to the lesser charge of engaging in unlawful sexual intercourse. Polanski underwent a court-ordered psychiatric evaluation, followed by a recommendation of probation. But according to the documentary “Roman Polanski: Wanted and Desired,” things changed after a conversation with LA Deputy District Attorney David Wells and the judge, Laurence J. Rittenband. Polanski’s attorneys insist that the judge suggested to them he planned to send the director to prison and order him deported. In response to the threat of imprisonment, Polanski fled the United States, first to England, then to Paris. He was born in Paris in 1933 to Polish Jewish parents, and his family returned home to Poland just before World War II. 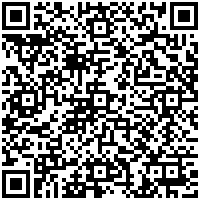