A security official told a Knesset committee the attack during Operation Protective Edge missed its objective of blowing up the rig.


During the war, as JewishPress.com reported, Hamas claimed to have targeted the Noa offshore gas rig.

Yossi Cohen, who heads the National Security Council, revealed to the Knesset Economics Committee that there have been several attempts to attack offshore rigs, according to Globes.

The Knesset hearing was focused on the controversial gas agreement that Opposition parties are fiercely protesting. Cohen said that Israel must protect the rigs and explained:

We are procuring naval warfare vessels designed for this. The navy is prepared to protect the rigs…. Already during Operation Protective Edge there were attempts to hit our rig but fortunately their weapons are not accurate enough and did not succeed in hitting the rig.

But the weapons in the hands of the terror organizations surrounding us are already more sophisticated and accurate and our vulnerability has increased.

A direct hit on an offshore platform would scare investors away from Israel, sink the shekel, cripple offshore gas supplies and exports and throw the country into a deep recession.

Hezbollah is considered one of the major enemies that would try to wreak havoc with the Israeli economy if war breaks out across the northern border.

Lebanon has claimed rights to Israel’s oil and gas discoveries and has threatened to use force, which practically speaking means using Hezbollah’s advanced weapons and intelligence.

The Jewish Press.com reported here last week that Israel has developed a missile designed to protect offshore rigs not only locally but also for the global energy industry. 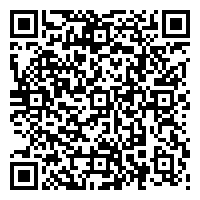