Stav said in a statement after the release of the annual report by the Israel State Comptroller on Tuesday, “The report highlights what most of the Israeli public and we at Tzohar have been saying for years.

“The kashrut system in this country is in a downward spiral. There is no other solution to heal this crisis other than privatization of the system.

“We need to see a complete separation between political power brokers who finance this corrupt system, all the while refusing to actually eat the food they are responsible for supervising and we need to open the kashrut market to new players,” he added.

The report by Comptroller Joseph Shapira slammed irregularities in kashrut supervision — among other issues in other areas — and alleged corruption in the system under local rabbinates via the Religious Services Ministry and the Chief Rabbinate.

According to the report, there were some cases in which kashrut supervisors were found to have designated supervision hours of up to 24 hours a day, spread out among the various different establishments they were assigned to supervise.

The Religious Services Ministry, the report also noted, failed to effectively supervise the proper functioning of the kashrut departments of the local rabbinates. 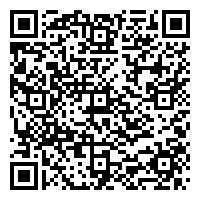