Moshe Bergman, 22, of Salford, was one of the tragic fatalities of the Lag BaOmer Meron catastrophe. Bergman married fellow Mancunian Shira Jacobson 18 months ago and was studying at Jerusalem’s Mir Yeshiva.

Speaking on behalf of his family, Rabbi Arnold Saunders described their agony on Friday as they were seeking information on his whereabouts. He said, “They went through hell, hearing rumors that he was dead, then alive, then dead.”


Rabbi Saunders told The Jewish Press, “His family were worried when they did not hear from him after Meron. They were told that he was found alive and then that he wasn’t found alive. He was one of the last to be identified before Shabbat. He was buried on Motzei Shabbat. The family started sitting shiva already on Friday and flew to Israel on Sunday.”

The rabbi said of the Bergman family, “Their emunah is quite inspirational.”

The family said: “We do not want to apportion blame for what was a tragic accident…. We call upon the community…to come together in a spirit of unity and reflection.”

There were several other British connections to the deceased in the tragedy. The uncle of Shaalvim student Daniel Morris of New Jersey is Rabbi Shalom Morris of London’s Bevis Marks Synagogue. Canadian Dov Steinmetz was a great-grandson of a cousin of the late Sydney Baigel of Manchester.

The London-born uncle and chavruta of Chaim Rock and a neighbor of Yehuda Leib Rubin of Beth Shemesh told The Jewish Press, “The whole of Israel is in mourning. No-one smiles on the streets anymore.”

The Liberal Democrat candidate for Thursday’s election of Mayor of London is Luisa Porritt, a former member of the European Parliament who recently discovered that she’s Jewish.

Her Bermuda-born great grandmother, who grew up in Turkey, was a practicing Jew. Porritt grew up in North London with many Jewish friends but never realized she was Jewish. Discovery of her own Jewish identity, she said, made her more aware of anti-Semitism, particularly in the political sphere.

Two Rabbis Are Running for Office

Two rabbis are standing for the Conservative Party in Thursday’s local elections. 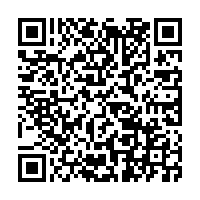