Labour has suspended pending an investigation one Damien Enticott, a councilor from Bognor Regis—a seaside resort in West Sussex on the south coast of England, 55.5 miles south-west of London, 24 miles west of Brighton, and 1,048 miles west of Auschwitz—shared a video on his Facebook account referring to “Talmud Jews” as “parasites” and child rapists and calling for them to be executed.

Enticott was elaborating, using vulgarities, on the Jewish ritual circumcision.


A true man of honesty and valor, Enticott denied sharing the clip, saying it was one of his roommates who used his account. He told the Jewish Chronicle: “I don’t actually share anti-Semitic views at all.”

But on Monday Enticott admitted to posting the revolting video, and then some, declaring: “I do accept that I posted all the articles in question and that I was confused as to what the papers were asking me about on the phone as I was in the middle of shopping.”

He also wrote (sic): “I am anti-Zionist, not anti semantic.”

A Labour spokesperson issued a statement saying: “The Labour party takes all complaints of anti-Semitism seriously and we are committed to challenging and campaigning against it in all its forms. Complaints about anti-Semitism are fully investigated in line with our rules and procedures and any appropriate disciplinary action is taken.”

In an earlier statement, Labour said: “We understand the strong concerns raised in the Jewish community and are seeking to engage with communal organizations to build trust and confidence in our party. We know there is a huge amount of work to do.” 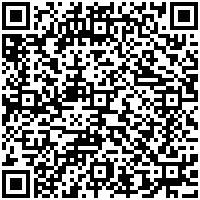