After about a month of living under a fairly strict coronavirus lockdown, on Sunday Israel is emerging, at least partially, as some one million children from up to age 6 return to kindergartens. At the same time, about 120,000 infants and toddlers in the supervised daycare centers will remain at home, due to the short notice their system operators had received to return to a full work schedule.

Teachers’ Union Secretary-General Yaffa Ben-David on Sunday morning attacked Education Minister Yoav Galant (Likud), saying, “I was invited today to a meeting with the Minister of Education, and it’s puzzling that we’re meeting only when he decides to reopen. Whoever is making these decisions is cut off from the realities on the ground.”


Ben-David added that “unfortunately, the government is making the same mistake and expects a different result. The kindergartens should not have been opened on such short notice.”

Some municipalities have announced that they will not open the kindergartens on Sunday. The two neighboring cities of Ramat Gan and Givatayim have restricted the entry of kindergarten staff from red cities (meaning their neighbor to the east, the Haredi red city of Bnei Brak). Other municipalities have announced that their kindergartens will only operate five days a week (instead of six – DI) to avoid the need for substitute teachers.

The leader of the Haredi-Lithuanian public, Rabbi Chaim Kanievsky, ordered the opening of the Talmud Torahs on Sunday in the Haredi enclaves, despite the Health Ministry’s prohibition. Children aged 3 to 13 study in Talmud Torahs.

Rabbi Kanievsky also ordered the opening of the Yeshivot Ketanot that don’t offer boarding facilities, where students ages 13 to 16 study.

Prime Minister Benjamin Netanyahu called on the Haredi public and its leaders to refrain from opening their educational institutions, warning that the police will enforce the regulations wherever possible.

It’s the best we can expect…

Meanwhile, there is rebellion in the ranks of many small and medium-sized businesses, including B & Bs and hairdressers, which, according to the new relief regulations, are not yet allowed to reopen. Many of them have announced that they plan to open their gates despite the ban.

The academic year in Israel also opens on Sunday, with distance learning. About 360,000 students are expected to hit their Zoom screens. Academic junior faculty at 11 public colleges are striking indefinitely in protest of what they describe as their abusive terms of employment. The junior faculty members plan to disrupt the studies, claiming their working conditions are under attack. Among other things, it won’t be possible to record the lectures (which may be a futile restriction, since long-distance users can find their record button quite easily – SI).

The teachers’ committee in the Shlavim (Steps) program, which accompanies about 5,000 sick students at home, will shut down the work of 700 teachers, paramedics, and paramedical therapists in protest of the Education Ministry’s intention to close the program on December 1 without committing to employing the laid-off teachers and before an outline for an alternative program has been presented.

The labor court in Tel Aviv will hold a hearing on Sunday regarding the restraining order received by the Shlavim employees.

Corona Czar Prof. Ronni Gamzu on Sunday night appeared on Israeli TV unaccompanied by either the PM or the Health Minister and made it clear that the reopening education system for the older ages is not approved and is, in fact, dangerous. He stressed that the lockdown has not been lifted and that the limited relief did not mean a return to the daily routine.

Gamzu complimented the Haredi sector on lowering morbidity rates in its cities but warned that there is still a relatively high rate of positive testing in this sector, indicating widespread latent morbidity.

Prime Minister Benjamin Netanyahu said Sunday night at a press conference that this time Israel is easing the lockdown with caution. “If we all abide by the rules, I’m sure it will work,” the prime minister, warning, “if it does not seem to work, we will have no choice but to tighten the restrictions again.”

The Prime Minister made it clear that the circling of the red cities would be maintained so that the pandemic would not spill over from them to the other localities. This means, just as was reported last week in the Israeli media, the police will let the Haredim continue to do whatever they want within the boundaries of their red cities, but they will besiege those cities and prevent their inhabitants from leaving.

There’s a word for this kind of thing, and it was the title of a hit song by Elvis Presley: 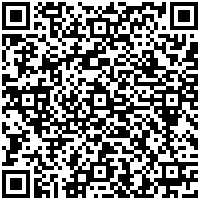