“Who says it’s not fun to be in the UN?” Ambassador Danny Danon asked the crowd in the gym at United Nations International School (UNIS) on Thursday. “My colleagues and I are used to debating in the UN General Assembly,” he continued, “but today we compete in a different arena.”

Israel’s envoy to the UN was welcoming diplomats – and their wives – to a game of mamanet, Israel’s largest social-sport project specifically targeting mothers.


“We talk a lot about empowerment and achieving gender equality as one of the Agenda 2030 Sustainable Development Goals,” said Danon, “in Israel, Jewish, Muslim, Christian, and Druze mothers, religious and secular, all come together and play mamanet.”

Mamanet is based on cachibol – as in catch-a-ball – and resembles the “catching” version of volleyball known to some as netball or newcome. The teams consist of up to 14 players and meet for weekly or monthly games. In Israel, the leagues coincide with the school year and teams are associated with schools of the players’ children.

Ofra Abramovitch, a 51-year-old mother of two daughters, founded Israel’s Mamanet League 10 years ago after being introduced to cachibol by a friend. She flew to New York from Israel for Thursday’s event and explained the philosophy behind the game. “Mamanet is where women come together to make change. 60,000 mothers in Israel, from over 1000 municipalities, are in the league. Mamanet leagues now exist in US, Canada, Cyprus, Italy, Austria, and New Zealand, and continue to spread.”

Thursday’s game was organized by the Israeli Mission to the UN Department of Social and Economic Affairs. It pit a local New Jersey mamanet team against a makeshift team of United Nations dignitaries that included the lone man on the court, UN Assistant Secretary General Michael O’Neill. Danon’s wife Tali was also in the line-up.

“It doesn’t matter how old you are or what shape you’re in, if you’re a mom you can be in the league,” said Abramovitch, “and wherever there’s a mamanet league, there are more children enrolled in sports programs. The children are more interested in sports and the moms are more supportive of the children’s desire to compete.”

Mamanet is the great equalizer she says, and holds tremendous potential for social change. “We have zero tolerance for violence,” she points out, and adds that in Israel there are gyms in the men’s prisons but not the women’s. “But now,” she says, “they have mamanet.”

Mamanet’s goal is that mothers will serve as a role models for sportsmanship as a way of life.

“We can build bridges not only in conference rooms at the UN, but behind the net,” concluded Danon, “we believe that mamanet’s message is universal. We hope you will all bring Mamanet home to your countries, and it will continue to be a model for change around the globe.” 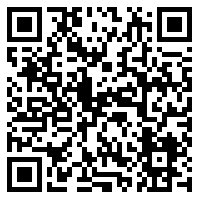