According to a spokesperson, Dr. Yitzhak Kreis, the managing director at the hospital rejected the donation because the donors, a Swiss-Jewish family of Holocaust survivors, had conditioned that the gift of funds be used only to benefit Jewish doctors.

The hospital declined to name the would-be donors but said the family had supported the Talpiot program from its inception 13 years ago. The family decided to stop the donation when they understood one of this year’s winners is an Israeli Arab doctor.

Kreis firmly endorsed the decision and said the hospital had found another funding source for the program.

“We thank the donors who, with their kind assistance, shaped this significant program (Talpiot) which continues and even grows. We will continue to promote and invest in these doctors, who are changing the face of medicine and leading their fields at national and international levels.”

This is the first time that an Arab doctor has been selected to the Talpiot program. While the hospital would not name the recipient, it confirmed to Tazpit Press Service (TPS) that the doctor is a young woman who specializes in urology, who is considered brilliant, diligent, devoted and valued, and is currently in her third year of specialization. She has also been involved in numerous clinical trials and has successfully presented scientific work at national and international conferences.

“Some of her works have been published in the past year as articles in the professional literature on urology,” a hospital spokesman said.

A source close to the family of donors told the Hebrew-language Ynet news site Tuesday that there is no chance they will change their mind. “This is a Zionist family that loves Israel, but they are complex people. The fact that a non-Jewish doctor was chosen caused them to cancel the donation,” he said.

According to Dr. Shimon M. Glick, the founder of the Faculty of Health Sciences at Ben Gurion University and a leading expert on Jewish medical ethics, the Sheba Medical Center took the right decision. 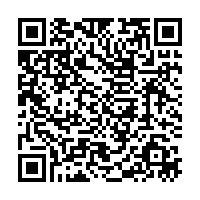