Israeli officials involved in the storage and distribution of vaccines against the coronavirus received an update on Sunday evening that the flight scheduled to arrive on Tuesday from Belgium with the next vaccine shipment from Brussels has been postponed to an unknown date, News12 reported. In response, the Israeli Health Ministry said the first shipment has only been postponed by a day and there is no cause for panic.

In what is perhaps an unrelated report by Calcalist, a massive cyber attack last weekend, on some 40 Israeli companies, mostly shipping and logistics companies, whose details were published Sunday morning, may be the work of hackers on an Iranian mission or who work with Iranian cyber elements.


Amital Data, which provides software to Israeli shipping and logistic companies, appears to have been hit first, and the attack spread from there to around 20 of Amital’s clients. An additional 15-20 companies not connected to Amital were also attacked. Among the companies that were hit were Israel’s very large international logistics firms.  There is a concern that Israel’s supply chain might have been affected, according to the Calcalist report.

Potentially strategic information from the companies was also stolen, but no ransom has been demanded, which is why it is suspected that this was a strategic attack and not a financial attack by hackers.

The hackers used the Pay2Key ransomware which in the past was used mainly against Israeli companies and by Iranian hacker groups. Hackers tweeted on Sunday that they managed to infiltrate the systems of the Habana Labs startup, which was recently acquired by Intel.

It is suspected that the hackers managed to gain access to sensitive commercial information including plans and development information of Intel’s latest artificial intelligence chip Gaudi. The hackers also claim to have a Hash file with detailed user information, passwords, and logs.

Regarding the shipment delay, the Israeli Health Ministry stated in response:

“The details as presented in the News12 report are incorrect. The company announced that due to technical delays the vaccines scheduled to arrive on Tuesday will arrive on Wednesday. Please do not create unnecessary panic.”

The date set by the Health Ministry for the start of the population-wide vaccination is one week from today, on December 20.

An additional large shipment of vaccines is not expected to arrive in Israel this week due to the delay. A new date for the plane’s arrival from Brussels has not yet been set, and it is feared that this delay will lead to a delay in the launching of the vaccination campaign in Israel.

All parties are making great efforts to continue to meet the set rate of vaccine shipments and are working to ensure that the shipments scheduled to arrive this week will arrive as planned.

The report about the hacking broke shortly after Prime Minister Netanyahu and the Health Ministry’s Director-General Prof. Levy had spoken about the efforts to push forward the start of the vaccination campaign. 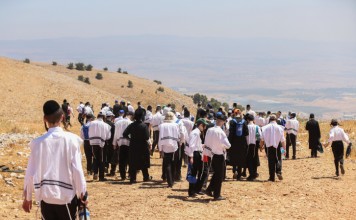 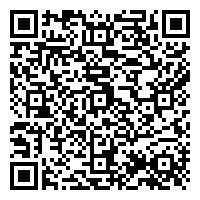