Pope Pius XII, born Eugenio Maria Giuseppe Giovanni Pacelli (1876 – 1958), was head of the Catholic Church from March 2, 1939 to October 9, 1958 when he died. In 2014, following his visit to Israel, Pope Francis stated that the late pope would not be beatified, and gave the reason that there were no miracles attributed to his intercession. But the real reason was Pius XII’s controversial record during WW2.

In his 1999 book “Hitler’s Pope,” British journalist John Cornwell that examines the actions of Pope Pius XII, before and during the Nazi era, including the charge that he assisted in the legitimization of Adolf Hitler’s Nazi regime in Germany, through the pursuit of a Reichskonkordat (“Concordat between the Holy See and the German Reich,” a treaty negotiated between the Vatican and Nazi Germany, signed on July 20, 1933 by Eugenio Pacelli, who later became Pope Pius XII). The book is critical of Pius’s conduct during the war, arguing that he did not do enough, or speak out enough, against the Nazis’ Final Solution. Cornwell argues that Pius’s entire career as the nuncio to Germany, Cardinal Secretary of State, and Pope, was characterized by a desire to increase and centralize the power of the Papacy, and that he subordinated opposition to the Nazis to that goal. He further argues that Pius was an anti-Semite and simply didn’t care about the fate of European Jews.

In 2005, Italian newspaper Corriere della Sera published a 1946 document on the subject of Jewish children who had been baptized in war-time France. The document ordered that baptized children, if orphaned, should be kept in Catholic custody and stated that the decision “has been approved by the Holy Father.” Nuncio Angelo Roncalli (who became Pope John XXIII, and was recognized by Yad Vashem as Righteous Among the Nations) ignored this directive. Abe Foxman, then ADL national director, who had himself been baptized as a child and had undergone a custody battle afterwards, called for an immediate freeze on Pius’s beatification process until the relevant Vatican Secret Archives and baptismal records were opened.

Two Italian scholars, Matteo Luigi Napolitano and Andrea Tornielli, confirmed that the memorandum was genuine although the reporting by the Corriere della Sera was misleading, as the document had originated in the French Catholic Church archives rather than the Vatican archives and strictly concerned itself with children without living blood relatives who were supposed to be handed over to Jewish organizations.

Announced last March by Pope Francis, the opening follows more than 14 years of preparation by the Historical Archives relating to the Vatican’s Section for Relations with States. The vast quantity of material available for examination includes about 120 Series and Archives from the Secretariat of State, Roman Congregations, and Curia offices, which make up about 20,000 archival units. A large portion of these resources is available in digital form. 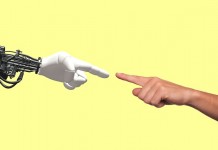 My Dinner with ChatGPT 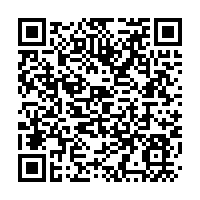